Every year at the NFL Combine, people tend to criticize and critique the Wonderlic Test, claiming it’s not necessary for football players.

However, the entire test shouldn’t be thrown out. It should just be tailored to the players. To help them prepare for their future lives in the league. And that’s why the NFL has unveiled this NEW version of the Wonderlic Test: 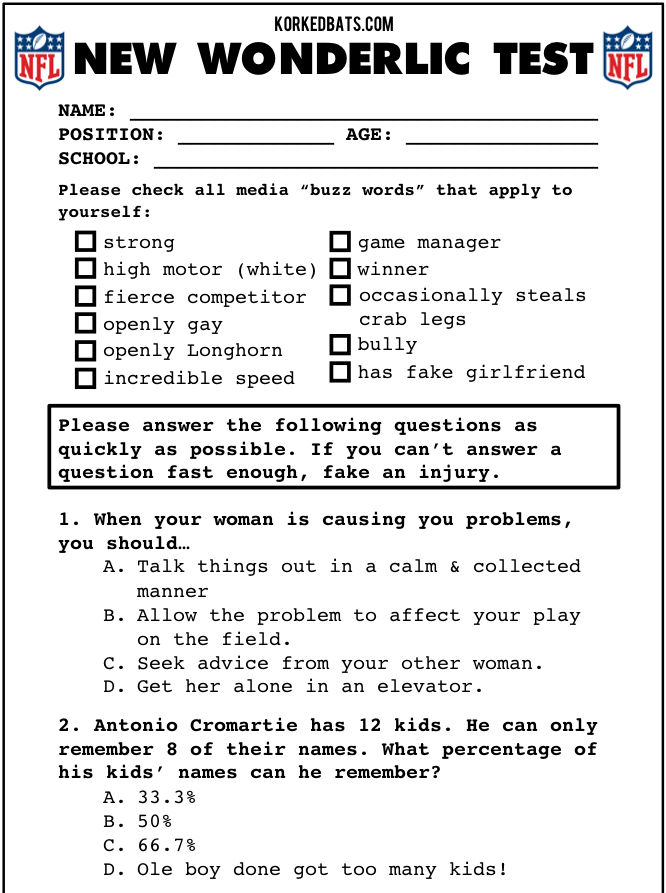 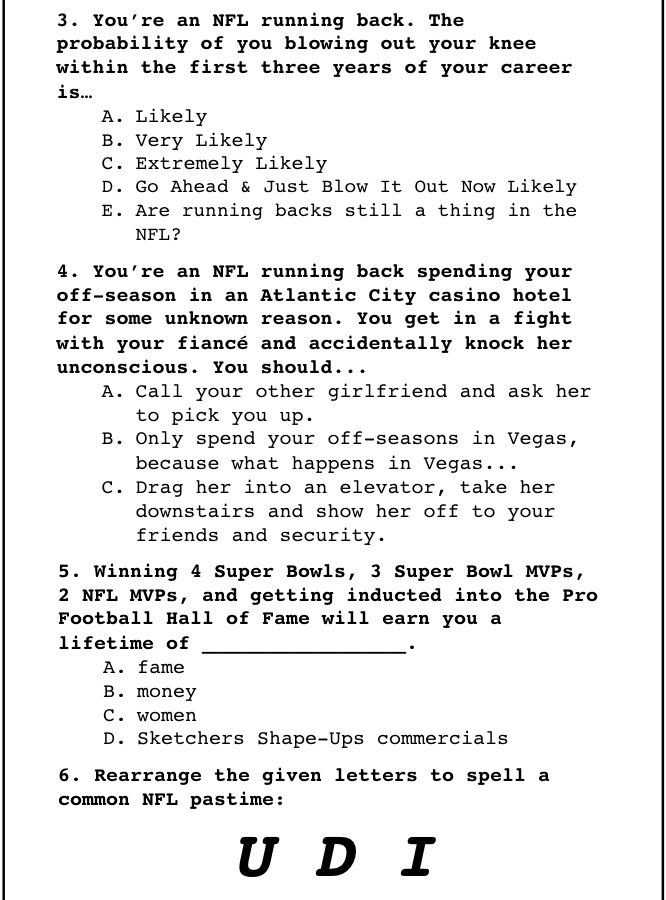 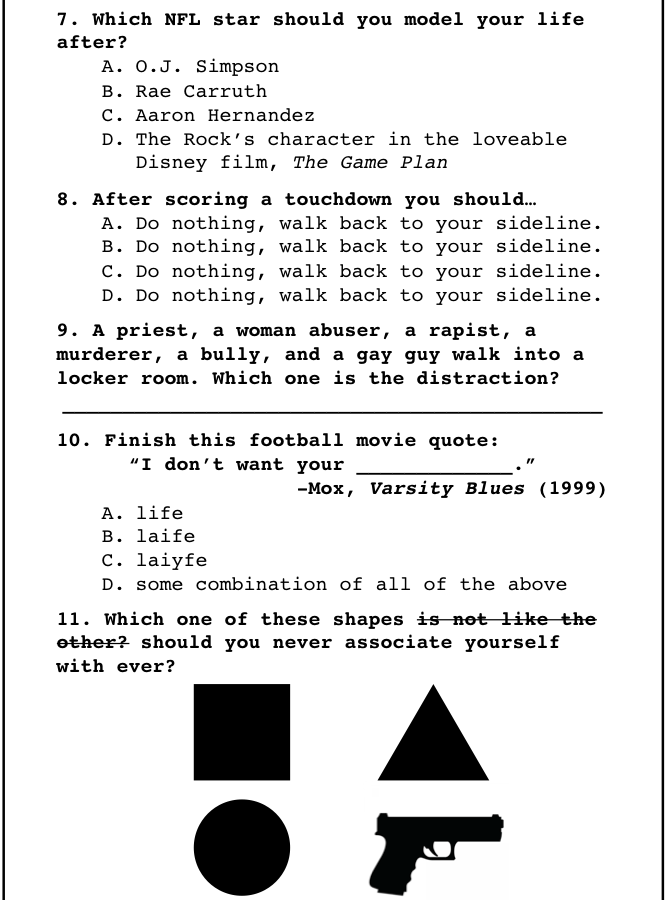 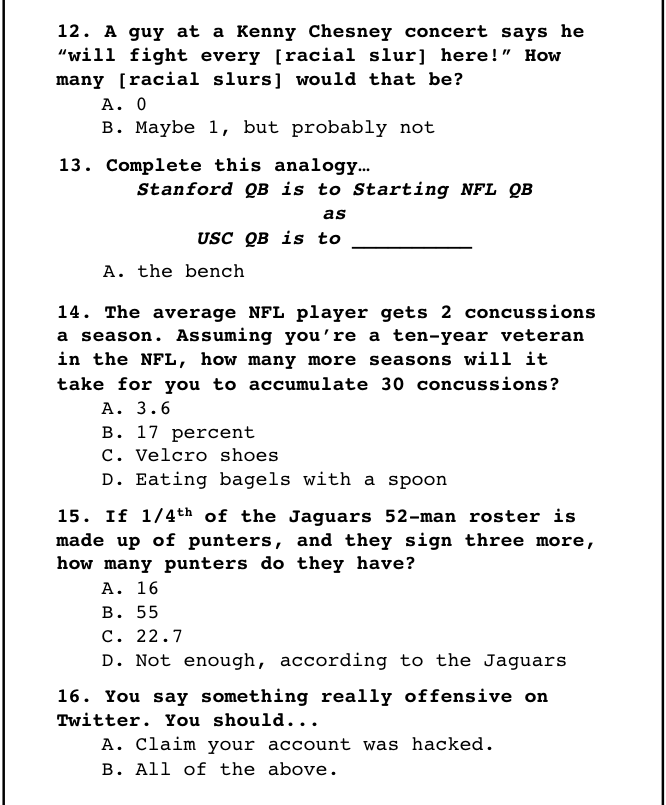 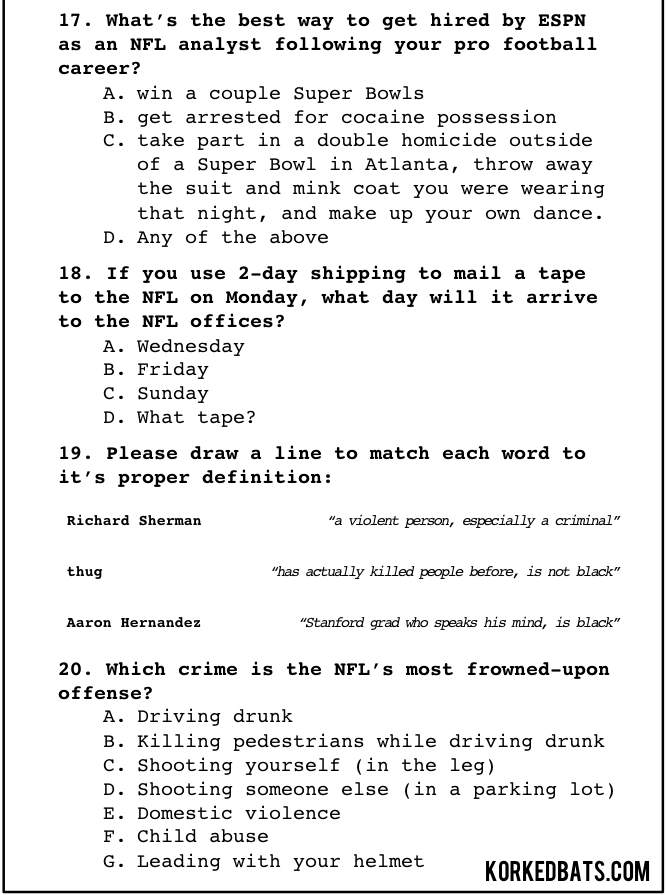 One thought on “The NFL’s New Wonderlic Test”