Skip to content
All Sports
July 31, 2008 Guest
I was sitting in my tdp 2000 class catching up on my blogs, when I read a comment by my brother Adam about fads and he stated how he felt sportscenter was a fad that would go away soon. That has inspired this post.

I love sports. ESPN covers sports better than anybody else. I wish someone would compete with ESPN in order to force them to create a better product, but the fact is no one is even close. They are the best. Anyways, I have always turned to sportscenter to get my daily fix of sports. I would say on the average day I watch at least 30 minutes of it and there are definitely days where I can watch two and half hours (keep in mind it is an hour long show, I just watch it again). It is fun to hear the subtle wisecracks and nicknames that the anchors come up with. I like being caught up. As of late I have found myself becoming a member of the grassroots movement that is sick of sportscenter.
I am not sick of sportscenter because I am sick of sports. I am sick of sportscenter because they are ‘selling out’. I would compare it to the MTV of today that really has hardly anything at all to do with music. They are getting away from highlights and analysis and
moving more towards gimmicks and stupid countdowns. Who’s now? What the heck was that. A countdown of who is the ‘most now’ sports figure. Do I care? I don’t even know what that means. Now? Like someone who exists now? Is ‘now’ who I am thinkin
g about right now? It looks like a stupid countdown that I would read about in the magazines at the checkout lane of the grocery store.

‘Who’s now’ is not all that is wrong though. Ever since the success of the show PTI where two sports columnist debate and discuss the top stories of the sports world, sportscenter has desperately tried to replicate this on the show. Stephen A. Smith, Sean Salisbury, and Skip Bayless are all byproducts of this. There is nothing harder to watch than when Sean Salisbury and John Clayton getting into t
heir little bullying matches when they try to debate sports. What makes PTI work is that they aren’t attacking each other, they are talking sports. For some reason no one else can get this right. It is just two grown men making fun of each other. It really is hard to watch. I feel like I am going back to the 3rd grade lunch room where every disagreement turned into ‘yo momma’ jokes (If you are somehow reading this Kris Davis I am really sorry). What scares me is it feels like they are trying to recreate this now with their two NFL Draft experts of Todd McShay and Mel Kiper. It is almost sad to watch. It is two very qualified experts who have all this knowledge that I want to hear, and instead it has digressed into a shouting match. I am getting dumber.
In between these debates things can be even more frustrating. I would love to see how many times in the first 5 minutes of sportscenter the words ‘Yankees’ or ‘Red Sox’ are uttered. I am so sick of this stupid rivalry being shoved down my throat. Joba Chamberlain may go to the rotation? No wait, the owner just said he may want that? UH OH!! Better kick it to five experts at Yankee stadium to get feedback. We should get a national poll about whether or not it is a good idea. Ask Steve Philips what he would do. Can we get a shot of the New York skyline while we get A-Rods quotes are being played? Guess what? I do not care. Zack Greinke is 3-0 with a 1.24 ERA. Talk about that. Talk about how good the Arizona Diamondbacks look right now. Talk about the Cardinals for goodness sake. Just please talk about something outside of the stupid Yankees/Red Sox rivalry.
The top 10 has also been corrupted. The top 10 plays used to my favorite part of the show. It was just the ten best plays they saw for the day, week, or month. Whatever the criteria was I loved it. I just ate that stuff up. Unfortunately they are getting away from the roots of what made the top ten so great. They aren’t even plays anymore. The top ten ‘plays’ are now the top ten feel good moments. Cricket spitting? Better make that number seven. That guy who won the masters did the top ten on Letterman? Well we just found our top play? How is that a play? I do not want the top 10 ‘aww’ moments. I am very happy that Griffey got 500 homeruns, but that is not a top play unless that was a game winning homer. Tim Duncan hitting that three is a top play. That is a shoo-in. Getting your 300th win in is not. Winning the Masters is not a play. Breaking a record is not a play. Making a diving catch is a play. A dunk is a play.
Other things that I would love to mention but do not want to drag this 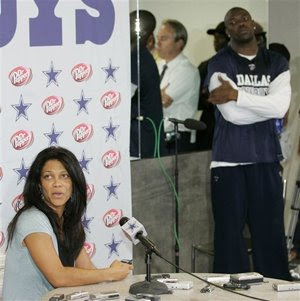 post out any longer… Hockey, ESPN Deportes, The Patriots, The Budweiser Hot Seat, Lou Holtz, Creating News (T.O.), the death of the phrase “Say hello to my little friend”, and when Nick Lachey did interviews.
I really am ready to move on to ESPN news. I am going to do it. I have said it before and I will probably say it again, but just writing all of this down has made me realize how sick of SC I really am. They have ruined a great thing.

One thought on “My Love Hate Relationship with Sportscenter”