Last week, multiple sources reported, and verified, that legendary Yankees closer Mariano Rivera will retire at the end of the 2013 season. This means a few different things:

For most people, this means that they will be able to look at New York’s roster and honestly say they don’t like a single player on the team. Mo (and Jeter. At least pre-gift baskets Jeter) was always different to non-Yankees fans. Not a big name free agent bought in the off-season to help the Yankees make another title run, but a player who debuted and played for the same franchise his entire career. A classy guy in New York City, going out there and doing his job, night after night. 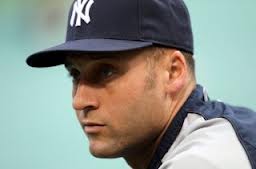 For Yankees fans, I would imagine this is officially shutting the page on the career for one of the greatest to ever wear the pinstripes, and the greatest at his position in the history of the game of baseball.

I’m a Royals fan. Grew up a Royals fan. But I also grew in the 90s, and the Royals weren’t exactly a powerhouse of victory (still aren’t), so a young boy had to latch onto something else if he wanted any sort of joy in baseball. I chose Derek Jeter. He was everywhere. You couldn’t get a Sports Illustrated for Kids without the Gatorade High School Athlete of the Year turned New York Yankee shortstop smacked on the cover, fold-out poster, and perforated trading cards. Since I liked Jeter so much, I made a point of heading down to Kauffman Stadium any time the Yankees were in Kansas City, and getting a glimpse of the greatest.

Note: In Kansas City , when “special events” are in town, there is a surcharge added to the ticket prices. “Special Events” generally constitute the Yankees and St. Louis Cardinals (so they could charge those arch-lovers extra cash for making the trek down I-70 for four hours) coming to town. An extra $7 or so per ticket, bringing you up to a whopping $14 or so per ticket. I had a hearty belly laugh about this surcharge when I saw the prices for ANY Yankees game  when I moved to New York City. I was hoping there’d be a reverse-surcharge when my Royals made the trip up to the Bronx, but to no avail.

I don’t remember exactly how old I was when I waited to meet Derek Jeter, but I think around 11 or 12 years old. My dad and I went to a Royals game, downed my childhood favorite Frosty Chocolate Malt with wooden tongue-depressor spoon, and made our way out from the stadium to the area I can best describe as the place you wait for players to leave so you can try and get their autograph. (I’d visited the Royals player parking lot many times before. Jermaine Dye had driven off with my Sharpie once, Johnny Damon and Carlos Beltran had both been nice, and said hi to fans after games. I’d once told brief Royals outfielder Michael Tucker that my neighbors had a dog named Tucker, and I hoped he thought that was cool.) The visiting team left on a bus from the side of the stadium after celebrating their win that night. There was a crowd outside that night, this was the Yankees, after all, but I was small and quick and wanted to see Derek Jeter. I got right up against the rail.

And waited. And waited some more. The game ended, the cars left the parking lot. The crowds subsided, leaving just myself, my dad, and the rest of the people crammed against the rail barricade, waiting to see the Yankees, and hopefully snag an autograph. Then it happened.

The crowd got excited, started yelling. A man passed by with some newspapers surrounding his face, and got on the bus. Someone from the entourage says something along the lines of “Derek doesn’t need to sign autographs in Kansas City.” And he’s gone. Out of sight. I was left standing, distraught, baseball and sharpie in hand, my dad murmuring something that it’s probably best I didn’t hear. The air was let out of the crowd. 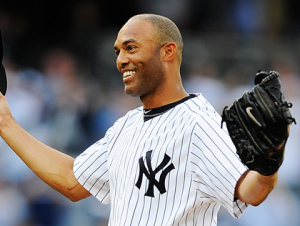 My dad thanked him multiple times. The excitement was gone, and I started walking for the car. I wanted to throw the baseball in the trash. I took a look at the signature and pouted to my dad:

“I don’t even know who Mario Rivers is. Why did he do that?”

“I’ll take the ball if you don’t want it, Kyle. His name is actually–”

Years later, and the greatest closer of all time’s name still sits in my dad’s case of sports memorabilia. I now understand how nice he was, taking a few minutes to chat with a kid and his dad, even though he didn’t have to. Thanks, Mario. Sure this will never get back to you, but that’s alright.