With all the buzz in the sports world revolving around last week’s NFL draft and the upcoming NBA draft in June, I felt it extremely relevant to take a stroll down memory lane to the turn of the century and remember one of the greatest one season professional leagues this earth has ever seen, the XFL.

I, unlike the rest of the planet apparently, thoroughly enjoyed the one season WWF owner Vince McMahon graced us with. From the coin toss turned race/wrestling match, to “He Hate Me”, to the emergence of future Pittsburg Steeler Tommy Maddox, to the fact that a kicker won the MVP of the Super Bowl (which they called the Million Dollar Game), the XFL had it all.

Since the XFL only lasted one season, and I definitely played Fantasy XFL, and definitely won, I consider myself somewhat the “Mel Kiper Jr.” of the XFL. If only the league was still around I might have a job right now.

Anyway, I thought it’d be fun to create a mock XFL draft. (And by “I thought” I mean Aaron, a loyal reader, suggested the idea.) I liked the idea so much I grew out, thickened, colored, and gelled my hair. I then sculpted a picturesque widow’s peak, stole one of Mel’s suits, and broke into the ESPN set to get into the mood. Here’s proof:

Before we get started, let’s take a look at the the first two rounds of the one and only XFL draft in 2000. Try not to laugh. (I bet you didn’t know Scott Milanovich was first pick caliber.)

Wow, talk about a star studded class. Don’t try and tell me you’ve heard of any of those guys. If you do, I’ll call you the 15th pick of the XFL draft.

So without further ado, I present to you Frank Ford’s 2010 Mock XFL Draft – Round 1:

An easy choice for the top spot of this year’s draft, Barry Bonds epitomizes the character the XFL desires. As a man who is willing to do anything to put on muscle (illegal or not), Barry will thrive under the “make up for a lack of talent by getting really strong” culture the XFL is all about. Besides, can someone answer me this: What on earth has this man been doing the past few years? He kind of got busted for steroids (something the XFL not only allows, but endorses the use of) and then COMPLETELY got forgotten about. The funny thing is, he still calls himself a free agent. Well, free agent no longer Barry. There will always be a spot for you in the XFL. (As long as they don’t go bankrupt after a year again).

Nevermind the fact he’s been dead long enough for his corpse to legally be able to purchase alcohol (he’s been dead for 21 years), Ted Bundy has all the makings of being a star in this league. As an experienced serial killer with murder total estimates ranging from 26 to 100, Ted will bring a killer mentality to any team lucky enough to snag him. Other career highlights include escaping from county jail not once, but twice, an accomplishment almost unheard of these days. If the Birmingham Bolts take Bundy with the second pick, not only will their street cred get a nice boost, but so will their star power. There have been three movies and two feature films produced about Bundy and his crimes.

Talk about a winner’s mentality. Tonya Harding will do ANYTHING it takes pull out a victory (except in her current career of professional women’s boxing where she sports a 3-3 record). The Memphis Maniax would be crazy to pass up Harding who’s baseball bat to the knees incident solidified her as scary freak show I will always be terrified of.

Let’s face it, Tiger. If you performance in last week’s Quail Hollow Championship is any indicator, the whole “golf phase” of your life is just about through. You just aren’t yourself anymore on the golf course. Something seems to be distracting you and it’s a mystery what that something could be. Fret not, Tiger. With your reputation of being a hard-hitter, a right bicep like the one I’m seeing in that picture, and a name like “Tiger”, you will do great in the XFL. Just don’t bring Elin along. She doesn’t quite understand yet that you do what you want.

Here’s hoping LeGarrette’s current stint with the Tennessee Titans is short lived because he has, without question, what it takes to become the face of the league next season. As made evident by his killer right hook just minutes after the final whistle last season, its obvious to me and the rest of the world he ain’t backing down from anyone. I expect to see many more punches like this in the future. Just don’t punch Ted Bundy.

As a WWF hero in the mid-to-late 1980s, Hillbilly Jim possesses the upper body of a combined seven Greek Gods (including Zeus). Jim will be the most feared middle linebacker next season for the mere fact he doesn’t wear pads. In fact, he doesn’t even wear his team’s uniform. He just stands in the middle of the field smiling exactly as he is in the picture above and waits for his next victim. 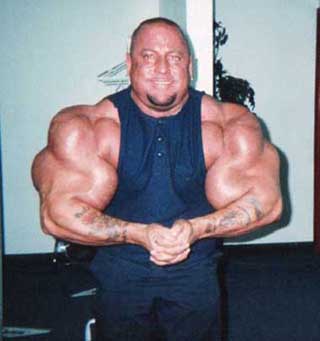 I don’t exactly know this guy’s name or anything about him, but I’d be willing to bet the farm he can throw the pigskin a quarter mile. He also is bound to have a decent stiff arm. Hitmen, I say give him a shot. He couldn’t be any worse than your past first round pick, Charles Puleri from New Mexico State.

You can throw that sign away Mr. Ochocinco. Luckily Roger Goodell is not allowed anywhere near an XFL front office, practice, game or player. It’s true. I can show you the actual restraining order. Go ahead, do an Irish Jig after a touchdown. Change your name multiple times in a season forcing jersey manufacturers to lose money. Tweet durning games. Tweet during plays. Do what you wish. They need viewers in the worst way imaginable. This league was made for you, Chad. You can even say “child please” to your coach if he tries to tell you what to do.

One thought on “Move Over Mel Kiper”