Today Matt Jones, a wide receiver for the Jacksonville Jaguars who was drafted in the first round out of Arkansas in 2005, was released today. Jones was jailed for five days after testing positive for alcohol as part of the diversion program that allowed him to avoid felony cocaine possession charges. Jones failed a drug and alcohol screening and after told a judge that he drank beer while golfing with some buddies.
Smart move Matt. That was the straw that broke the camel’s back. The Jaguars wanted nothing more to do with him.

Smart move Jacksonville. The Jaguars had previously released Jerry Porter and opted not to re-sign Reggie Williams. Who are they thinking will play reciever next year? Vince Papale?

We’re getting off topic. I’m not here to dawg on the Jags. All I want to say is:

Let’s go ahead and have some fun with this situation. 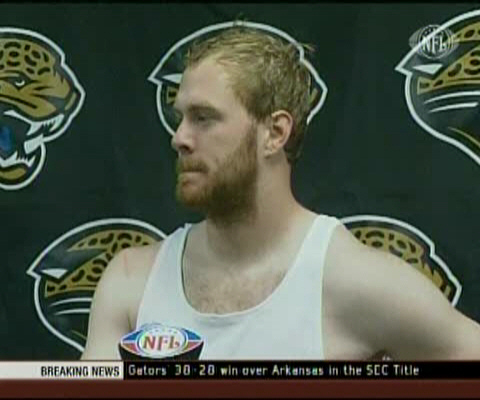 It’s hard to believe that such a clean cut guy would be into drugs.