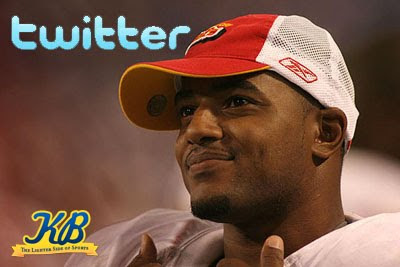 I’m not very good at the whole ‘blogging’ thing.
Those of you who are regular visitors to this site are fully aware of that. I haven’t posted a real piece on here since August. But that doesn’t even tell half of the story. The drafts section on our blog is littered with posts that I started but never finished.
My reasoning for that is the fact that the importance of ‘immediacy’ in new media is kind of counter-productive, in my opinion.
A good story is supposed to be able to evolve. It’s supposed to work it’s way into your brain and take form as more details, thoughts and perspectives help it grow.
I realize that I seem to be about 30 years too young to think this, but that’s OK. I recognize the importance of immediacy. I even appreciate it when it’s well done. Hell, there are few things I love more than an incredibly timely Joe Posnanski blog post.
The problem is that I’m not the best at letting my thoughts reach that point of clarity and moving forward- no matter what else may come to mind.
That has never been more true than in the last 17 hours. Around midnight last night, I started this post. It was a reaction post to the whole Larry Johnson, uh, thing. The initial 500 or so words were just a straight rip on LJ. I was going to tell the story of what happened while throwing in my own snarky comments. I called it “Making a Johnson of Himself.” Get it?
When I woke up this morning, I wanted to take the post in a different direction. Now it was more about things from his agent’s perspective- namely, how much the guy must currently be hating his life for having to deal with his client spouting insults about his coach and homophobic comments to fans all in one night. It was going to be awesome. I already had the links to Entourage and Jerry Maguire ready.
Mid-afternoon found me completely fearful for my life. I mean, he is connected with Team Roc after all. What if Jay and the boys came after me?
I’m at a place, though, where I just need to get this stuff off of my chest. I have things to do tonight and the rest of the week, and right now all I can think about is the fact that something called ‘Mashable’ just mentioned me by name multiple times.
So I’m at a point now where my thoughts on the whole- well fiasco might not be the right word- issue need to be off of my chest. I should probably just invest in a journal.
But I really do feel like there is a lesson to be learned here.
I just mentioned the ‘Mashable’ thing referencing me by name multiple times. In the article, they say that “Clearly, both parties were out of line.”
After the article was brought to my attention, I had the immediate urge to tweet a link to the story and call them out. How egregious of them! How was I out of line? He’s the public figure. I’m the private one. I tweeted things that had some sort of substance and basis of fact. He spurted out socioeconomic and homophobic slurs at me based on my picture. Right?
The fact of the matter, though, is that the lines between ‘public’ and ‘private’ figures is blurring. Sure, millions of people know the name Larry Johnson. And certainly, the number of people that know Jared Launius could be counted on a relatively small abacus.
But that doesn’t mean that the billions of people with Internet access worldwide can’t see my tweets.
That doesn’t mean that someone with an iPhone in China couldn’t come to this website and read this post.
That’s what the whole #jaredversuslj Twitter blow up represents to me. Sure, Twitter has some great aspects. A fans’ exposure to their favorite athlete or actor is as close as it’s going to get in, well, ever. Gone are the days of fan mail. Now, if Shaq wants to give fans tickets to a Cavaliers game, he just goes somewhere in Cleveland, tweets his location, and waits for the hordes.
Some would view that as a good thing, and on a lot of levels it truly is. But it also makes filtering people that already struggle with their filters even more difficult.
It also, you could argue, makes anyone with a blog, webpage, IM, etc. a public figure. By having an open Twitter page, I make my name just as out there and accessible as Larry Johnson’s. My name certainly isn’t brought up as much, but anyone wanting to know my thoughts on Mizzou’s offensive line or the Balloon Boy would have zero problems accessing them.
In less than a year, I’ll be working at one of the many media production outlets within the University of Missouri School of Journalism (via my junior-year reporting classes). In five years, I’ll (hopefully) be on payroll for a real production company. But does my accessibility level or public status change any between now and then?
I’m not sure.
So then, how do we now define public and private figures? That brings me back to the Mashable post. Sure I could go after them, just like I went after LJ, LJ went after me, and Mashable went after both of us.
The fact of the matter, though, is that now we’re all public figures.
If you don’t believe me, try calling out an athlete, eliciting a response, and watching that story grow.
Read about the whole “Larry Johnson, Uh, Thing” here.

3 thoughts on “Making Dollars Out Of Sense”