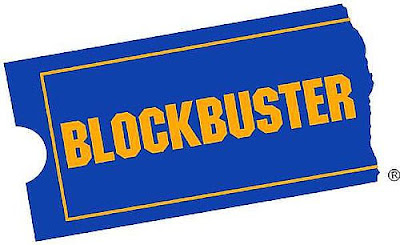 Earlier this month Blockbuster’s Online Blog released the Top Ten Football Movies of All Time. Korked Bats has seen this list, looked over it, watched many of the movies on said list and would like to give our take on the list. Blockbuster provided a very respectable list, but we would like to add a few to the list.

So first off, is Blockbuster’s list of the 10 Greatest Football Movies of All Time. Below each title is the Korked Bats take on the film. For Blockbuster’s opinion and reasoning of ranking for each movie, check out their blog post here. 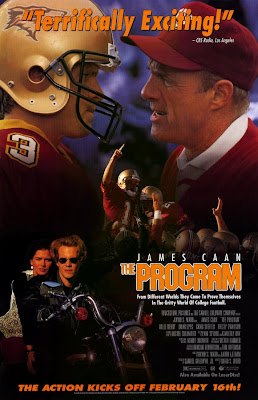 10. The Program
This movie brings back all the nostalgia of classic mid 90s college football… and steroids. “Make sure you tell Lattimer that the NCAA will be testing on Saturday” 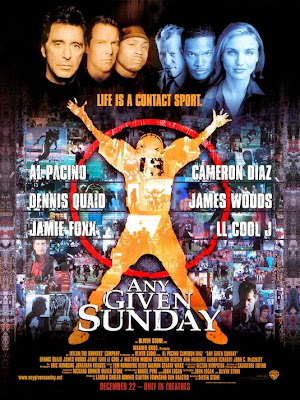 9. Any Given Sunday
Oliver Stone brings you his unique perspective on professional football. A great film with a not so great inspirational speech. I just don’t understand how Coach TonyD’Amato (Pacino) talking about his personal life and how much he has lost in it is so inspiring for the Sharks. Thanks, coach? Just let Willie Beamen go out there, change the plays, and lead them to the Pantheon Cup. 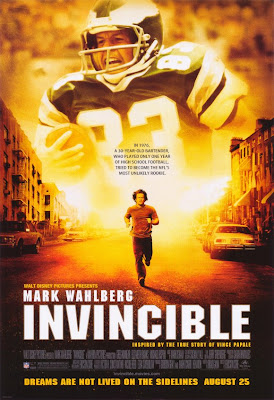 7. Everybody’s All American
I am going to be honest with you. I have never seen/nor heard about this movie. But I’m sure its decent. 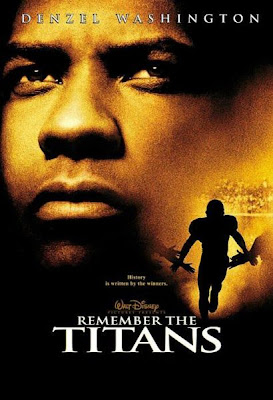 6. Remember The Titans
A movie that’s nearly perfect. I say nearly because it’s a Disney movie. However, it was also the coming out party for a young Hayden Panetierre. Little did we know back then that Coach Yoast’s daughter would grow up to become so YOWZA!
“YOU’RE LOOKIN’ LIKE A BUNCHA’ BUMMMMS OUT HERE!” 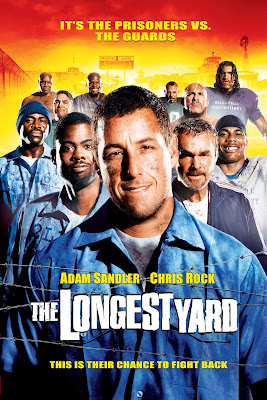 5. The Longest Yard
A football movie that takes place in prison. However, there are no cameos by Rae Carruth, Tank Johnson, Jamal Lewis, Michael Vick, or Plaxico Burress. This movie is a favorite of Donte Stallworth as he watches it all the time from his house… laughing through the whole movie. 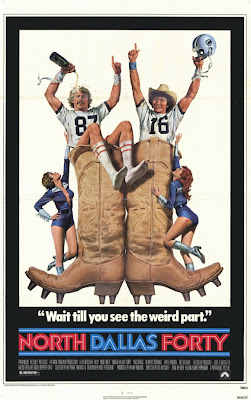 4. North Dallas Forty
I know nothing about this movie. Mainly because it came out 7 years before I cam out of the womb. But it must be good! 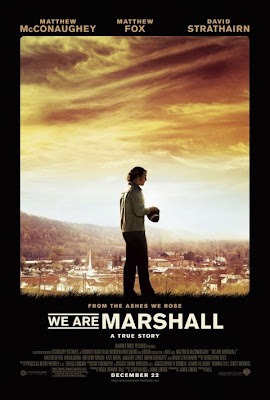 3. We Are Marshall
Things you DON’T do on a plane: Smoke, keep electronics on during take off, act suspicious while wearing a turban, sit comfortably, say the word “bomb”, get extra bags of peanuts, kick the seat in front of you, or…
…say: “WE ARE…MARSHALL!” while going through turbulence.
Trust me. I know from experience. 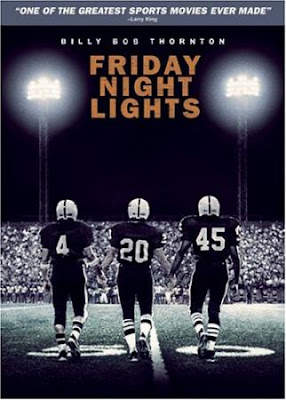 2. Friday Night Lights
Any movie that has a main character with the name of ‘Boobie’ is alright with me. 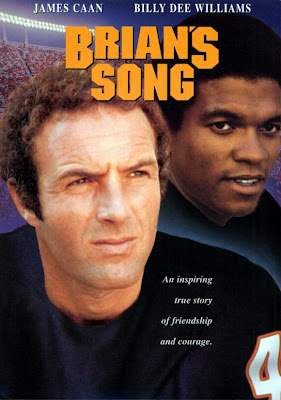 1. Brian’s Song
The only movie where it’s ok for guys to say they cried during. Brace yourself, it’s a doozie!

So that is Blockbuster Blog’s list of the greatest. However, we at Korked Bats feel like they missed some. Thus explaining the list that is following. 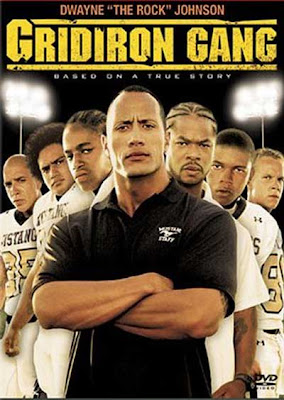 10. GridIron Gang
I never saw this movie… But any movie with The Rock in it should be considered an automatic Acadamy Award Nominee. Especially Race to Witch Mountain. 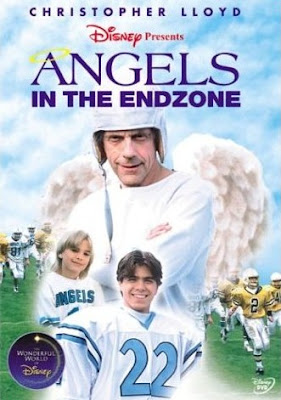 9. Angels In The Endzone
I’m sad to say, that I actually have seen this movie. It was on ABC Family back in the day. But can you blame me? Matthew Lawrence was in it. 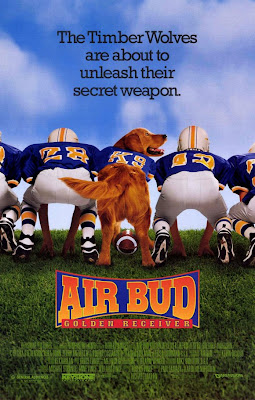 8. Air Bud: Golden Reciever
Wait a minute… That dog can catch semi-deflated footballs in his mouth?! Let’s add him to the roster. He can play wide reciever! (Let’s just hope they don’t have to play Michael Vick this season.) 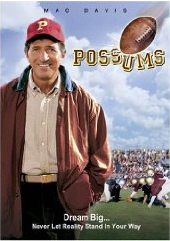 7. Possoms
My dad sent me this movie as a joke. He bought at Wal-Mart for $1. Needless to say, he overpaid. But it still should be considered for the list of greatest football movies of all time! 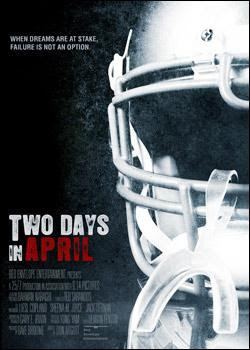 6. Two Days in April
This actually is an incredible documentary about 4 recently graduated football players who are entering the NFL Draft and are working to get drafted. It honestly is very very interesting. 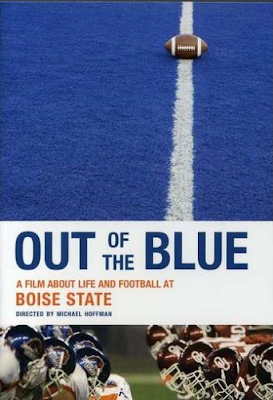 5. Out of the Blue
This actually is my favorite documentary of all time. It follows the Boise State Broncos football team through their historic 2006-2007 when the Broncos shocked the world with a Fiesta Bowl upset over the Oklahoma Sooners. I actually included this documentary in it’s entirety in a Friday Fun post a weeks back. Watch it! 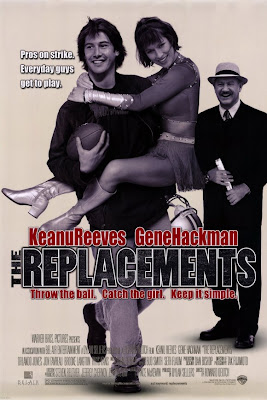 4. The Replacements
“Wounds heal. Chicks dig scars. But GLORY lasts forever!”
Thanks, Shane Falco (Keanu Reeves). But that still doesn’t make up for the fact that I lost a ton of money on that Sugar Bowl game. 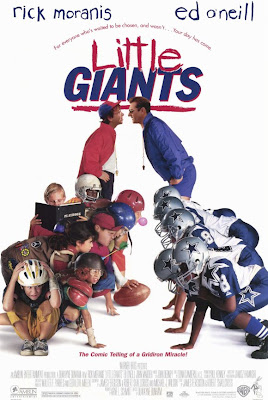 3. Little Giants
Should be number one on the list for being the only football movie that reveals the secret of The Annexation of Puerto Rico. 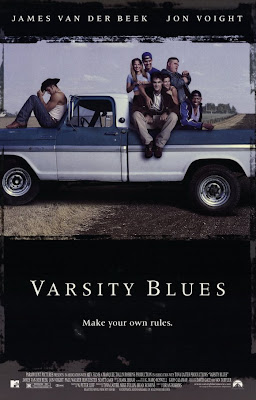 2. Varsity Blues
The movie that opened all of our eyes to the fact that driving around in a stolen cop car naked with our friends is OK. 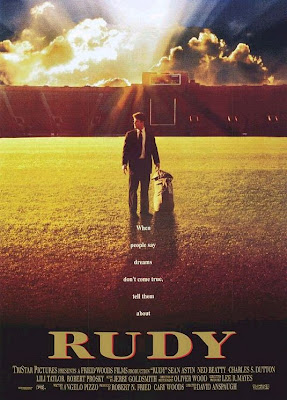 1. Rudy
If this movie doesn’t make your forehead hurt from holding back the tears, then you need to rewind it and watch it again. Repeat until you almost cry.

Blockbuster and Korked Bats want to hear back from you. Comment on this post and give us which football movie is your favorite of all time? Did we miss any? If so, let us know which ones. Give us some feedback on this one!

4 thoughts on “Make It A Blockbuster Night (of FOOTBALL!)”