The Alabama Crimson Tide won the BCS National Championship last night. Korked Bats would like to congratulate their team, coaches and staff, their fine university and all Bama fans across the country for their record 13th National Title. You’d be lying if you said that isn’t one of the most impressive records in sports. They are a darn good football team and very deserving of the crystal football.

However, last night was a bittersweet night for the rest of us… The typical college football fans. The fans that long for “next year”.

If you are like me, you get up at 8 am on Saturday mornings to watch ESPN’s College Gameday, then immediately after, you watch the Big Ten early afternoon games, then you watch the ACC mid-afternoon match-ups, followed by the SEC/Big 12 night game, and then finally, you stay up late to watch the Pac-10 teams finish up.

That’s what every fall Saturday looks like for me. I have a weekly sports talk radio show (which 80-90% of our show’s content in the fall is college football). So I have to be up to date on college football from ALL across the country.

College football is my drug and every Saturday I overdose.

So if you think this post is coming from some college kid who does some sports blog as a hobby, you’re right. But just know that this college kid with a sports blog watches more college football than most people. Probably even you.

So hopefully, you’ll read ALL that I have to say, because I never write anything on this site that I can’t back up. So let’s get to the purpose of this post.

The SEC this year has been a lot like Maggie Gyllenhaal.

From far away, they look really really good, dare I say really hot. But when you get a closer look, you realize, they’re not that pretty.

Allow me to explain…

The SEC, this year for the first time ever, produced two undefeated teams going into their conference championship. This speaks volumes for Alabama and Florida. They were able to make it through a tough SEC conference schedule without a loss. But it’s not just winning these games that stands out. It’s how big they won the games by.

Florida and Alabama, combined, played three regular season games that were closer than 10 points (one of which was Alabama’s 9 point win against LSU). That’s a two possession game and a convincing win.

But after that the rest of the conference is pretty much a bore. (Sure, there is LSU and Ole Miss who nationally have had respect, but both teams lost games they shouldn’t have this season and did not live up to expectations.)

For the sake of my analogy, let’s call Florida and Alabama the bone structure, hair, and eyes of Maggie Gyllenhaal. They are the good features of her face. The features that make her look very attractive when looking from far away. Whereas the rest of the conference (this season) are the fat, wrinkles, and the horrible use of makeup that make Maggie Gyllenhaal uglier from up close.

Let’s dig deeper…
To start things off, Mississippi State and Vanderbilt are just awful. Vandy had 2 wins this year (Rice and I-AA Western Carolina) and the Bulldogs had 5. They would be considered something horrific about Maggie that makes you throw up in your mouth. Something like M.G. breast feeding in public. Gross.

The rest of the conference is head and shoulders above these two schools. But that’s nothing against the SEC. Every conference has bad teams that weigh their conference down. Baylor (Big XII), Indiana (Big Ten), Washington State (Pac-10), Duke (ACC), Louisville (Big East), just to name a few. They’re the bottom feeders. In this league, they’re primarly the people who chant “SEC, SEC, SEC” the loudest when really they have had nothing to contribute but wins for the successful schools. That’s why I am not even going to include them in my argument.

Let’s begin with the non conference schedules of these teams.

(I will admit, Georgia did have one of, if not the, toughest schedule in the country. So Georgia, you are excused from this easy non-conference part of the argument.)

With the lack of difficulty outside your conference schedule, you have to assume you can chalk up 4 wins per team. So from there, each team only needs 2 wins within the conference to obtain bowl eligibility. So having 10 of 12 bowl eligible teams doesn’t seem all that special anymore. 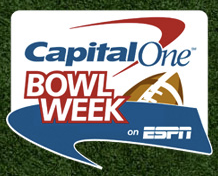 The bowl season is a time of year when you are more easily able to determine which teams/conferences reign superior over others. A time when the SEC usually flexes their muscles with big wins which equate to a great bowl record…

The Outback Bowl
Auburn (7-5) barely beats Northwestern (8-4), 38-35 in Overtime
If you remember, Northwestern missed a field goal to win the game with no time remaining in regulation. If that kick goes through, Auburn loses to a Big Ten team.

The PapaJohns.com Bowl
South Carolina (7-5) gets beat soundly by UConn (7-5), 20-7
SC scores on their final drive to save being shut out by a Big East school.

The Liberty Bowl
Arkansas (7-5) squeaks by East Carolina (9-4), 20-17.
Much like the Outback Bowl, ECU has not one, but two chances to win the game if they don’t miss two field goals within the final two minutes of regulation. ECU plays in Conference USA.

I’ve heard some SEC fans say that in nearly every SEC bowl game, the SEC team is paired up with a higher ranked team. For the most part, that is true. But then again, that is true EVERY year, not just this year. And in years past the SEC has won these games. A lot of times, pretty soundly with no late game pressure. So what is the excuse for this year?

Having Mississippi State, Vanderbilt, Tennessee, Kentucky, South Carolina, Arkansas, and/or Auburn fans bragging after Alabama’s National Championship about how “dominant the SEC is” is like an Orioles fan bragging about the Yankees winning the World Series because they come out of the AL East. Or a Sacramento Kings fan bragging that they come from the Pacific Division in the Western Conference, the same division that the NBA Champion Los Angeles Lakers come from. It’s like former Aerosmith lead singer Steven Tyler bragging that he is attractive, just because his daughter, Liv, is beautiful.

So who is the best conference this year?

I don’t think there was one. Sparsity obviously spread amongst the country this season. The Big XII, ACC, and SEC were down. The Big Ten and Pac-10 were way up. The Big East… Well, the Big East was the Big East. The Mountain West proved through bowl season that they are a force to be reckoned with (their only loss was TCU in the Fiesta Bowl).

This season was a weird one and I can honestly sit here and tell you that I don’t think there was a conference that could call themselves the best conference in 2009. And even if there was one, it’s not saying much.

I know I am going to get some heat for this post. That’s fine. All I ask is that you do two things before you comment/berate me for writing this:

Number 2 is a tricky one. People are going to jump all over me over irrellivant topics/arguments. I go to the University of Missouri. Our football team got spanked by Navy. That’s right, Navy. It was embarrassing as a fan. I’d be lying if I said anything else.

I’m not arguing that the Big 12 is better than the SEC. The Big 12 was down this year. In other years, I would of had more of an argument. But I’m not saying the Big 12 is the best conference in college football. They’re not.

I’m not even arguing the fact that the SEC HAS been the best. They were. Especially in 2007 and 2008. And heck, having a team from your conference win the National Title the past four seasons is pretty dang impressive. 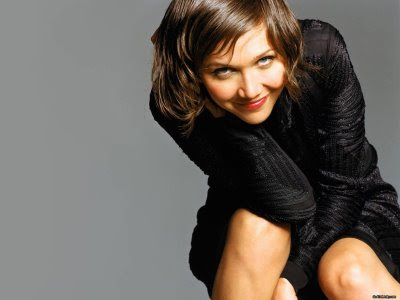 So maybe you think this argument is Stranger Than Fiction, but let’s be honest there weren’t as many Happy Endings this season. But lucky for the SEC, they were able to have The Dark Knight bail out their career this year. Donnie Darko. (I wanted to work that movie in somehow)

Now, with that being said and the season ending last night… Let the countdown for August 2010 and brand new college football season begin!

Gosh, I love this sport.