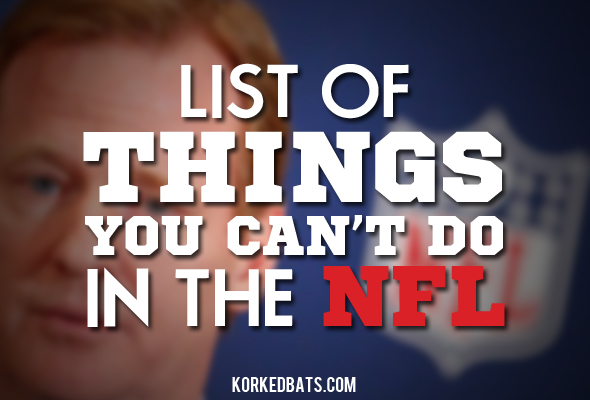 Yesterday, Roger Goodell announced that the league is banning  goal post dunking and football from football, because it’s been more than a week since Roger Goodell has done something to make the professional level of the game of football worse.

And here is a list of things that are still legal.