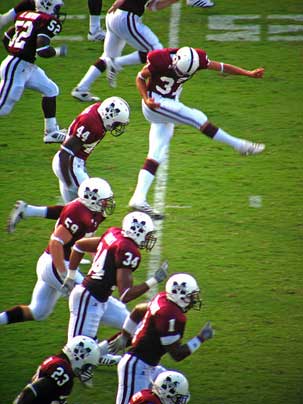 If you haven’t heard, Rutgers head football coach Greg Schiano has recently made his opinion known on the subject of kickoffs.

He wants to get rid of them.

“In the last 20 years, the size, the speed and the power of the players has grown so fast,” Schiano told SI.com on Monday. “The equipment and the bone structure haven’t changed very much. Something is going to give, right?”

For the most part, the rules haven’t changed much since your scrawny grandpa was considered a beast on his college football team. This isn’t an idea to take the toughness out of the game, but rather to cut back on life altering or even life threatening spinal injuries.

Schiano came up with the alternative of teams punting from the 30 yard line instead of kicking off. Or, they could opt to run a 4th and 15 play from the 30 if they wished to maintain possession (much like an onside kick).

I’ve come up with a few of my own ideas:

1. Duh, bring back the best part of the XFL. 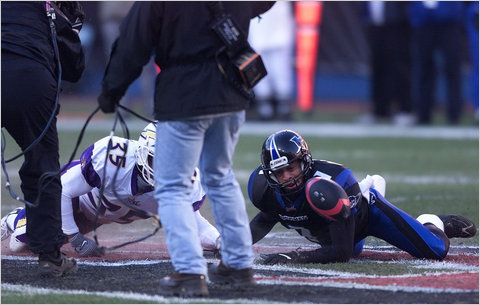 While this may not solve the safety issue, at least it’d be something different. If you aren’t cool enough to remember, the XFL had one player from each team line up at the 30 yard line and sprint to a ball resting on the 50. Whoever gained possession first, earned possession for his team.

2. Kickoff from your own endzone. Only one man boy on the field, the kicker. Where the ball stops, the possession starts. While this may not be as exciting as a kickoff, it bears striking similarities to my favorite part of pool, the beginning where you decide who gets to break.

Each team can pick anyone on their roster to sumo wrestle at the logo on the 50. First player to be pushed outside of the logo loses.

So, what do you guys think? What would be a good alternative to kicking off? I’m sure you can come up with something better than what I just came up with.