Give Mississippi State a break.
Before we begin, please take a moment to appreciate how lame the above picture is. I’ve always been annoyed when people substitute the suffix of their city and replace it with “vegas”, but this one takes the cake. Anyway, Mississippi State’s football team is under investigation for allegedly entertaining recruits by taking them to the local strip club, The Pony. No, that’s not allowed. While I’m not here to advocate a rule change allowing strip clubs to be accepted venues for recruiting visits, I’ve got to show a little sympathy for the Bulldogs. I mean, what a task. Sell recruits on the idea of living in, of all places, Starkville, Mississippi for the next four years or so. Where else are they going to go? McDonald’s? Wal-Mart? A bank? Because I’m pretty sure besides The Pony, that’s all they’ve got. To show you how irrelevant Starkville is to the rest of the country, my spell check keeps putting a red squiggly under it. 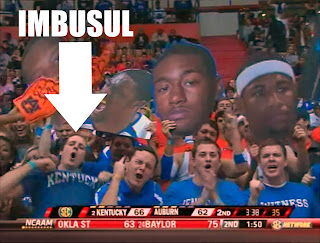 I never know what to do
when a camera is on me.
Yep, that’s me, you’re favorite, unbiased Korked Bats writer. I’m the one holding up the letters on my chest. You know, the one that looks really cool. Is it just me or do you guys have absolutely no clue what to do when they put the camera on you at sporting events? I can remember the thought process that went through my head just as I noticed the camera in front of me had just turned it’s little red light on. I wanted to do something funny that would make my friends watching laugh but couldn’t think fast enough. Plus, I tried that before on ESPN College Gameday and they had to do a re-take. True story. So next I decided I was going to put up the “We’re number 1” finger but realized i have a deformed index finger (dadgum intermural injuries) and they weren’t number 1 so I’d just be lying to America. So next I decided I was going to just put my arms in the air and jump around and get hyped, but then I remembered I forgot my antiperspirant and my pit stains were as large as a regulation softball. So I settled for the “front of shirt grab” I’ve seen people do from time to time. But I did get a high five from Ashley Judd which made everything else seem paltry.

Don Lewis is the king of irony.
The All-American Basketball League hopes to begin its inaugural season some time this summer. Big deal, right? Well in a statement released on MARTIN LUTHER KING DAY, Don Lewis, head of the league, described the AABL with the following guidelines, “Only players that are natural-born United States citizens with both parents of Caucasian race are eligible to play in the league.” I’m not making this stuff up people. Lewis went on to say, “There’s nothing hatred about what we’re doing. I don’t hate anyone of color. But people of white American-born citizens are in the minority now. Here’s a league for white players to play fundamental basketball, which they like.” Wow, I can’t wait until Al Sharpton and Jesse Jackson get a hold of this guy. And Don, since I know you read this blog religiously, I’ve got to tell you this isn’t a original idea. Duke has been practicing this all-white approach for years.

Chad Ochocinco is the most entertaining athlete in America.
Ochocinco celebrated his birthday on Saturday by purchasing the truck pictured above as a present to himself. In other news, he hasn’t quite bought into the whole “go green” movement. 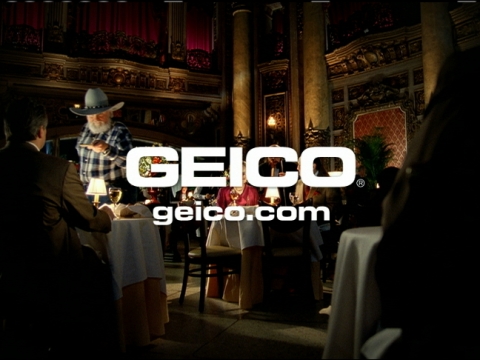 Geico finally hired decently humorous marketers.
It all started with that tag line “fifteen minutes could save you fifteen percent or more on car insurance”. Then that stupid Gecko entered my life. Then the cavemen gained popularity for reasons I’ll never understand. Remember when they had their own TV Show? And you can’t forget about the equally annoying ones that starred such celebrities as Little Richard and the guy that does movie trailer voice-overs. Needless to say, Geico spends way too much money on unfathomably unenjoyable advertising. But my friends, a day has come that I never thought I’d see. Geico has begun a marketing campaign that I actually don’t loathe. “Does Charlie Daniels play a mean fiddle?” “Is Ed Too-Tall Jones too tall?” “Does Elmer Fudd have trouble with the letter R?” And I saw a new one today while I was sitting in the waiting room of Firestone waiting on them to finish working on my mother’s ’99 Plymouth Grand Voyager minivan (I tell you what, my post-college life has been greatly successful so far) but I can’t remember what it said. But it was funny and you should feel the same. Then we can be friends.