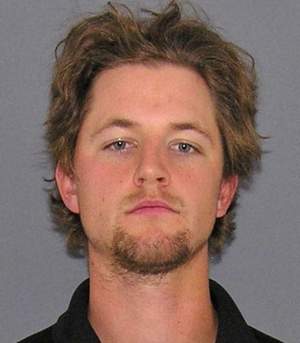 This one’s a head scratcher.

(Literally, it looks like they took this mug shot minutes after Mike Leake was scratching his head for an extended period of time)

Just hours prior to the Reds’ game Monday night, pitcher Mike Leake (never heard of him) was arrested and charged with theft after removing the security tags from six t-shirts from the local Macy’s and leaving without paying.

Hmm, I can’t even begin to come up with an excuse for this guy. I’m actually more amazed that six shirts totaled just $59.88. That’s a great deal! A great deal you can only find at Macy’s. Here’s a link to the actual type of shirt Leake stole. Snag one (if v-necks are still “in”, are they?). Tell them Korked Bats sent you. Actually, don’t. They probably wont know what you are talking about and tell you to leave their online store.

You’re going to have to find something else to watch at 3 a.m.

The days/nights/mornings/whatever you want to call it of waking up at 3 a.m., realizing you left your TV on, and listening to the oddest announcers on the planet try and make watching people play card games exciting are over. ESPN has announced they are discontinuing poker programming after the U.S. Government indited several poker websites.

This begs the question, what “sport” will ESPN place in the empty time slot poker once filled? Leave your suggestions in the comments section below. Or just be boring and keep your thoughts to yourself. 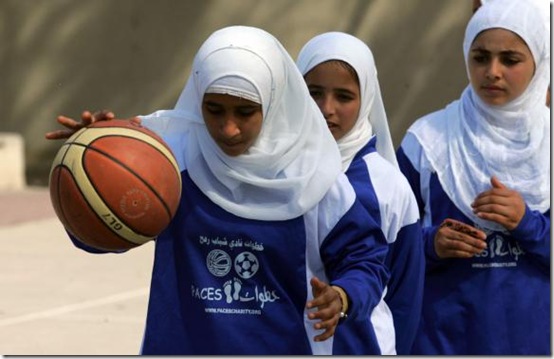 Welp, that was quick. I think I found poker’s replacement.

Just imagine the hoop mixtapes these superstars would produce. These are Palestinian girls and a great photo gallery of this “Dream Team” can be found here. They look really excited to be playing. This is almost as exciting as the time I got the chance to wait in the Firestone lobby for two-hours waiting on my car to be repaired!

I hate to do it, but I feel obligated.

Brian Wilson is the man.

This post simply wouldn’t be complete without a shout out to the sports starts who are curiously open about their recreational drug use. True role models, true role models indeed. Enjoy your day, men.