Say hello to the most only awesome kicker in the league.

Finally, for the first time in the history of this wonderful universe we live in, a kicker has emerged who I might actually take in a fight over Billy Gillman. Not only that, he may be the missing link in Ben Stein’s quest to become relevant again as the P.A. announcer for the Dallas Cowboys. David Buehler…Buehler…Buehler reportedly caused the Cowboys to ban foot races at practice because, well, he would win thus lowering the morale of America’s team to an almost unrecoverable level. Apparently Buehler beat DeAngelo Hall in a race last year. “He was talking a bunch of trash, so I just shut him up. I knew I had the speed. It made me a little bit of capital, as well. So, there was a little bit on the line,” said Buehler. He also went on to say he could beat WR Patrick Crayton and RB Trashard Choice as well. I like him.

Jimmy Johnson  will be on the next ‘Survivor’.

In a story that actually doesn’t interest me in the least bit, but may to you, Jimmy Johnson is currently on the set for the, get ready, 21st season of ‘Survivor’ (and no, not as a color commentary guy with immaculate hair). Instead he is, in fact, a contestant. I can honestly say I have never watched an episode of Survivor, and if that makes me unAmerican then call me Osama Bin Laden. How on earth has that show lasted 21 seasons? Anyway, back to Jimmy’s hair. I actually might tune in towards the end (assuming he makes it that far, but come on, who’s going to vote off that beautifully spun web of angel-silk) to see what that thing looks like after weeks of doing whatever ‘Survivor’ people do. 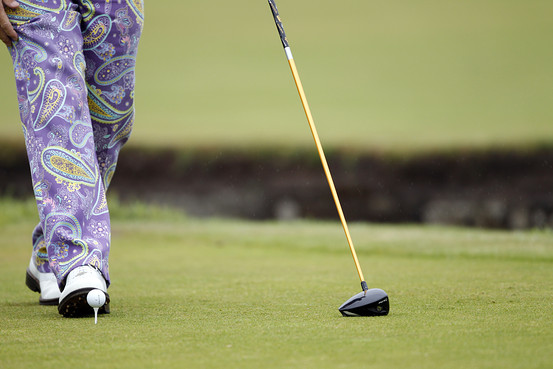 My favorite golfer impresses yet again.

Everyone’s favorite obese (never mind, what the heck? That Jared diet must really work. Old joke? Maybe.), alcoholic redneck golfer proved to be the only thing I will remember from this year’s British Open. It’s amazing because he managed to do all this without getting arrested or even taking his shirt off. All he did was wear pants, legendary pants. I haven’t seen that much Vera Bradley since stepping foot in the sorority dorms freshman year. Wait, who am I kidding? I never did that. I’m actually pretty sure that place had a restraining order against me.

Hate to say it, but Vandy really isn’t good at anything.

It’s that time of year again. The time when Vandy athletes get to show their true colors and prove to the world they are indeed good at one thing, school. The SEC All-Academic team for basketball was announced the other day and Vandy didn’t have one player represented. Hey, at least they still have women’s bowling.

If you haven’t discovered this guy yet, you’re missing out.

I do believe we have mentioned him on this site before, but you really can never get too much Kige. Check out this video where he teaches all of us to properly uncoordinatedly lift weights. When you’re done, watch the other 1.5 million videos he has on YouTube. By the way, I’m loving the shirt Kige.