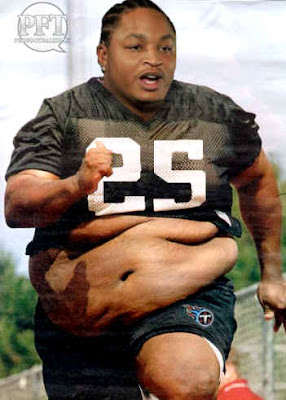 I have got great news for all frat guys, girls who just got broken up with, people of Irish descent, all Lindsay Lohans, those former AA’s who have fallen off the wagon, college students right before Spring Break, the Saved By The Bell gang that night they wrecked Lisa Turtle’s mom’s car, and every other alcoholic that is looking to shed a few pounds.

Tennessee Titans Running Back LenDale White (formerly known as LenWhale) has released his new workout plan that appeals to everyone listed above.

After showing up to training camp 30 lbs. lighter than he was at the end of last season, White claimed that his secret doesn’t lie in the hands of Jenny Craig, Mike Golic, or that fake doctor from the Hydroxycut commercials. 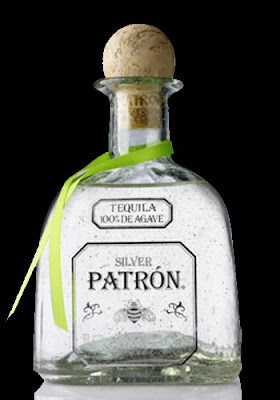 …cutting out PATRON from his diet.

First of all, how much Patron were you drinking before to where not drinking it for a few months gets you to shed 30 pounds?!

However, Titans fans are pleased with the new White, because for the first time in four years, #25 doesn’t weigh more than the guys up front who are blocking for him.

Honestly, LenDale, in just one off season of being sober, went from being Violet Beauregarde to Gerald from Hey Arnold.

When fellow Titan Running Back, Chris Johnson, was asked about the slim new LenDale, Johnson said… Well… No one understood what he said. He later tried to Tweet his answer, but still no one understood him.

So if you are looking to drop 30 lbs. in a few months, just cut the tequilla!

However, if you are looking to lose more weight than just 30 lbs., you might want to check out LenDale’s former USC teammate Reggie Bush’s diet. He shed 140 pounds overnight… 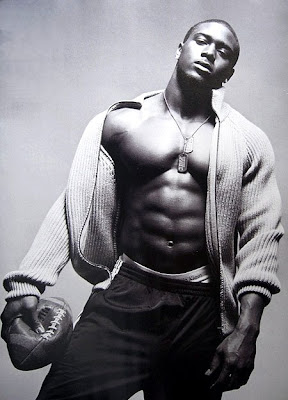 One thought on “LenDale Lite”