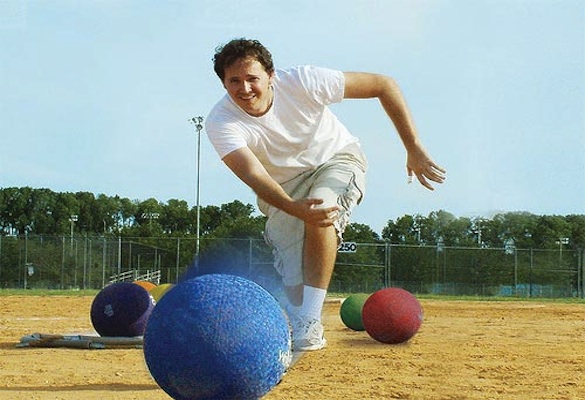 With Democrats and Republicans refusing to compromise and a government shutdown seeming inevitable, Congress made a shocking decision this past Friday in order to cut government spending: the criminalization of kickball.

According to government officials, national funding for kickball costs the U. القمار على الانترنت S. roughly $5.6 million annually, and when it got down to crunch-time, cutting kickball funds became the only thing that would save this country. News of the cuts hit middle schoolers everywhere this past Monday morning, and while the initial reactions were somber, violent protests soon broke-out all across the country. مواقع مراهنات رياضية

The group responsible for coordinating the protests has labelled themselves, “The People’s Army for Kickball and Other Fun Things,” and when asked why they thought violence was necessary, the group leader had this to say: “10 years ago, my older brother saw Surge taken away from him by his government, but he didn’t do a thing about it. Now, they’re denying us our right to play kickball; the time for peaceful negotiations has passed.”

Historically speaking, these types of protests usually die out once the activists’ parents threaten them with the removal of XBox privileges, so school staff and faculty members are not too concerned: “It’s actually kind of nice,” said one 5th grade social studies teacher, adding, “I came into school pretty hungover today, but I was able to take a nap during the protests. I should really stop drinking so much [on Mondays].”

While initial reactions were strong, the acceptance of the new law will surely settle in and become normal. I’m sure a lot of people were angry five years ago when the government cut funding for developing baseball bats that exploded when the batter struck-out looking. After a while though, people settled down and just accepted that although a batter should be completely humiliated when this happens, maybe they don’t deserve to die. اربح مال