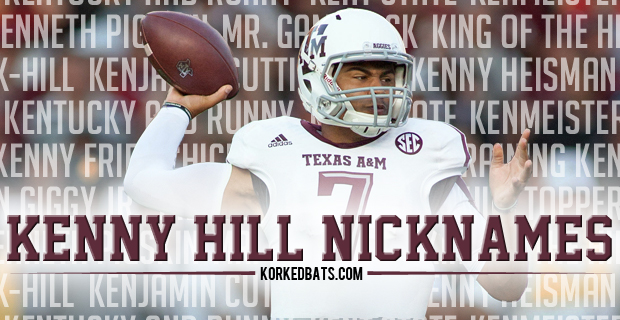 Last night, during the Texas A&M Aggies’ manhandling of the South Carolina Gamecocks, everyone and their mother tried to give Aggies quarterback Kenny Hill the nickname “Kenny Football,” which is weird, because most moms don’t even watch college football. However, after the game, Kenny Hill admitted that he doesn’t really like the new nickname. So we decided to come up with some better alternatives for him.