Chicago-based Little League Baseball team Jackie Robinson West was stripped of their U.S. championship title for using players from outside their area and creating what many are calling a “super team.” After reviewing their Little League Roster Registration Form, it appears that all of their players are from outside the Chicago area. 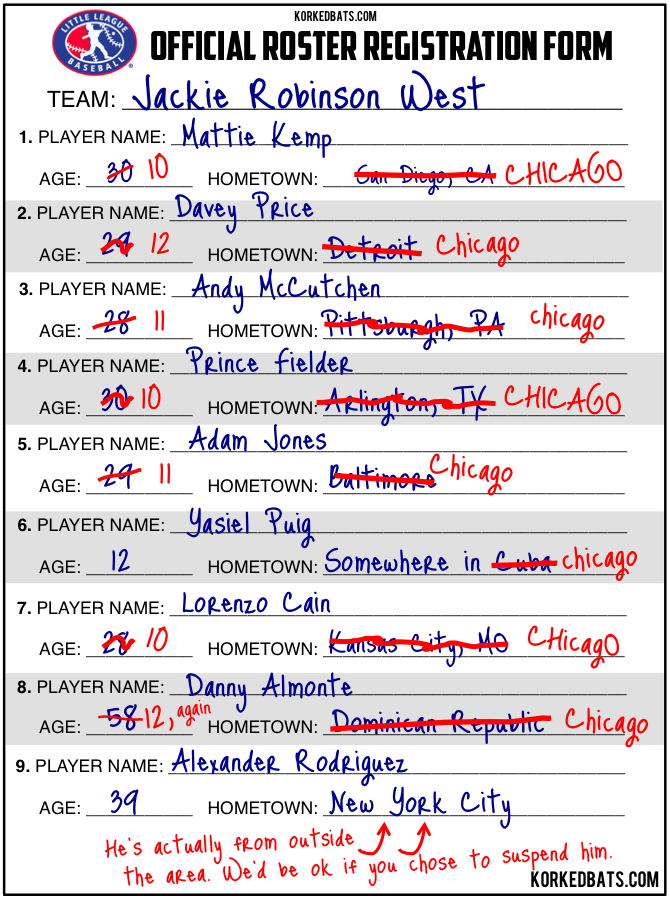