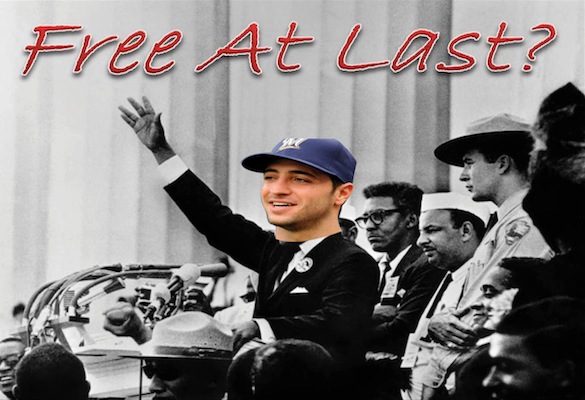 I’m coming out and officially saying it…

It’s my fault that Ryan Braun got off the hook.

It feels good to get that out there to a handful of readers. Here’s the story:

It was Saturday, October 1. To most people, this was just another Saturday, but to Karl and I, it was the official start of a two-day Lord of the Rings marathon.

Sorry, let me give you some context here.

The guy who collected Braun’s urine and was supposed to FedEx it to the lab to get tested or whatever, is my homie Karl. I was over at his place right after Braun took a leak and peaced out.

I got over there sometime in the early after noon, just a few minutes after Braun left.

I showed up with the DVDs (special edition, with the maps and everything), five pizzas, a three pound bag of Hot tamales and about 2 gallons of Dr. Pepper 10.

I just let myself in because I know the code to his garage door, headed downstairs and was all like, “Yo dude, let’s kill these orcs!”

He was all like, “I need to go deliver this Ryan Braun urine before the place closes,” but I was all, “Nah man, FedEx is open 24hrs. The only thing we need to deliver right now is this hookah smoke to our brains, bro!”

Karl never had a chance.

Not only am I a very convincing debater (First Team All-State in high school), but I had an ungodly amount of everything that makes weekends great: Junk food, candy, diet soda, and fantasy DVDs.

Karl said that we could start the marathon if I promised that we would go deliver the urine after The Fellowship Of the Ring. Knowing that I had won, I agreed.

44 hours and three special edition DVDs later, Karl remembered that he forgot to make the delivery.

Can you really blame him though? Have you ever seen the Lord of the Rings trilogy start to finish?

I’m just glad that my boss didn’t make me take a drug test after that weekend (ifyaknowhwhatimsayin).

I think the real problem here is the MLB letting dweebs like Karl deliver urine for drug tests. They’re the real criminals here.

You know who isn’t a criminal…? Gandalf. That dude is so tight.

Anyway, Ryan Braun, you won, man. Only you and God know the truth, but for now you definitely owe me some signed baseball cards, or like a million dollars or something.