Today as you clock into work and wait for your lunch break to fill out your March Madness brackets, please take my advice and choose what you say very carefully. I have done the research for you. 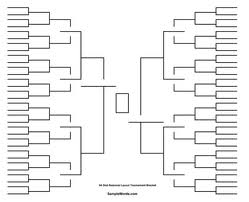 Do Say This: Aren’t you surprised Ohio State was overlooked for a one seed over Michigan State?

Don’t Say This: I didn’t realized that Michigan had college athletics.

Do Say: It’s interesting that even after facing a tough SEC Championship loss, Kentucky remains number one seed overall.

Don’t Say: Are they talking about seats or seeds?  Is it like, “Kentucky is SEAT number one of all the other seats” or is it like a flower seed number one?  And while we’re at it, is it lip sync or lip sing?

Do Say: Who do you think this year’s VCU is going to be?

Don’t Say: Is St. Bonaventure where Bonnaroo is held every year? Are they related in any way?  Does Bonaventure have a ropes course along with outdoor music?

Do Say: Yes, Vanderbilt might have won the SEC championship yesterday, but in 1951 the same thing happened and Kentucky brought home the whole dance.

Don’t Say: (Anything about Anthony Davis’ unibrow having anything to do with inbreeding around a Kentucky fan.)

Do Say: I would love to see another elite eight match-up between Duke and Kentucky. That was a great game back in 1992.

Do Say: Vanderbilt and Harvard are both fine academically accomplished schools and they are playing against each other in the first round.

Don’t Say: LINSANITY ANYONE? Anyone?

Do Say: Those Baylor Bears could surprise a lot of people and beat some big teams this year.

Do Say: Murray State has had a great year, but have they really had tough enough competition to make it very far?

Don’t Say: Have you seen the people that go to Southern Mississippi? To the top of what exactly? A Big Mac?

(Actually, I am going to change that to a Do Say.)

Do Say: Basketball is good for student morale at schools that have nothing else to be proud of. ie: New Mexico, Florida State, oh and Syracuse.

Don’t Say: Do you think the NCAA committee will ever change the rules to something like this: Final Four, the last four teams standing are taken to a deserted island and forced to kill each other off, one by one until the last person is alive and then that team wins the tournament? Hear me out though, the team that won, would get food for their university and A’s for everyone!!

I hope you find this helpful in your conversations with all of the sports crazed men around you in your daily life. This is a good place to start and if you are feeling brave, to go off book and just start add-libbing. It is risky, but if you get to a place that you don’t know or understand, just flip your hair or smile. That works like a charm. Unless you are missing teeth right in the front and your tongue kind of sticks out a little.  Then just flip your hair.