I’m the kid that decided to accept a new position at a new company the week before Spring Break. I’m the the kid that graduated and then took the first job offer that came his way. I’m the kid that writes for a sports blog instead of pursuing a real career. Hey guys, my name is Chip Adcock and I am “Holding Down the Fort.”

It is possible that I am slowly slipping into insanity.

Due to the complete lack of human interaction, I am doing things that are out of the ordinary for me… Just last night, I watched 3 amazing basketball games, and all of them took place in a Mid-Major conference.  I have never been a fan of any of these schools, but for some reason, I was really excited about these games.

St. Mary’s came out and completely outplayed Gonzaga. It was seriously embarrassing for the Bulldogs. The Gaels, one of the top offensive teams in the nation, was able to hold Gonzaga to 62 points (just 1 point over their season low). This was only the 2nd time that St. Mary’s has won the WCC tournament and it was good to see someone other than Gonzaga receive the automatic birth.

And did any of you catch the Siena game? I’ll admit that I had no idea who Siena was until they pulled the upset against Vandy a few years ago (suckers), but I have watched these guys play a couple times since then and they are one exciting team. Siena was able to overcome a 13 point deficit and tie the game with 55 seconds left in the game.  When they forced the game into overtime, they completely outplayed Fairfield and won by 7.  I’ll admit, these guys look like they might be creating another shake-up in the tournament this season.

And finally, I just want to talk about Wofford beating Appalachian State. Buzz Peterson was AppState’s coach and it was good to see that clown lose. Yeah, I know he was UT’s old coach, but he was also the first Vols coach to never reach the tournament since they expanded to 64 teams. Good work, jerk. I got a haircut from a gay guy.

He may have not been as flaming as the man pictured above, but it was one of the funniest/awkward situations I have been through in a long time.  He constantly gave me compliments about my “good looks,” randomly and unnecessarily ran his hands through my hair, and told me his dream of being handcuffed. Seriously! I did not make any of that up.  If Larry Johnson would have seen him, he would have called him a Christopher Street Boy. (Burn)

I am starting to feel bad for Roethlisberger.

Watch out ladies, it’s Ben Roethlisberger. No, I’m not kidding, WATCH OUT!!!

Apparently Big Ben has been listening to Little Ben too much lately, and was recently accused of sexual assault.  For the Second Time. C’mon guy. You are 28, loaded, and I’m pretty sure Cris Collinsworth has a crush on you. Of all the bars/clubs/events you could have gone to, you decided to go to a College Party in Milledgeville, Georgia.  Not only that, but you get too drunk (AGAIN), and tell a 21 year old to hook up with you because you are a football player. Sorry, but that only works on freshman (trust me). Then you decide to grab another girl because she won’t fall for the same line. Calm it down, buddy. If things aren’t working out with the ladies, just go ride your motorcycle… Too Soon? 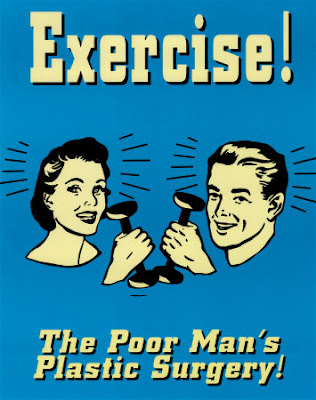 This is probably the strangest occurrence so far.  I got so bored that I actually went for a run around campus.  And in the 2 mile stretch, guess how many people I saw?

Apparently the only people at UT right now are some random Asian guy and me.  Now that I think about it, I wonder if he went back home and wrote on his blog about the one white guy he saw on campus?  If not, he should have.

Finally guys, I am looking for some crazy things to do around campus over the next couple of days.  I have come up with some ideas (streaking, becoming an Avatar, etc), and if you can think of anything funny for me to do in Knoxville, drop a comment.  And just to let you know, KB faithful and Austin, I have a great marketing idea planned.  Stay Tuned.

One thought on “Holding Down the Fort: Day 2”