I recently went on a date with a dreamy (former) hockey player. I can talk about it, because he’s from Canada and I doubt they even have the internet yet.  He wasn’t your typical Canadian, wandering around in snow boots and ending every sentence with the word, “Eh.” He was a typical Canadian in that he played hockey and he talked about hockey. In his defense, I do write very fine pieces of literature for a world renown sports blog, so I should know something or other about the NHL or at least my home team who made it to the playoffs.

What I knew about the Predators prior to this hockey date conversation: 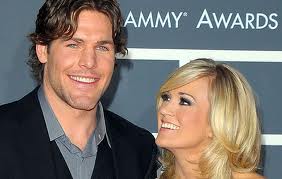 1. Carrie Underwood is married to one of the guys on the team. The one that has a chin like he’s a character in The Incredibles.

2. That everyone said stuff like “Smashville” instead of just normal, “Nashville.”

3. David Beckham does not play for them. Never has, never will.

This Canadian Dreamboat told me to go straight home and look up the Tootoo guy. I honestly don’t remember why. So, here he is: 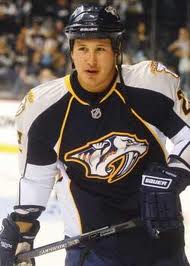 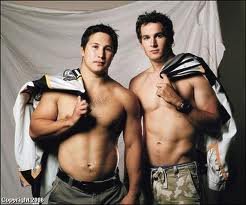 He is as tall as I am (#tallgirlproblems). 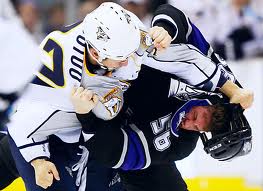 He also looks like he has been in trouble for punching in the past.

It’s important to know that hockey is still going on. Right now they are in their semi-final round. It seems like the NBA and the NHL are racing to see which playoff series will take the longest. To see who still has fans at the end of the sixteen thousand game series.

The moral of the story is, people really get into hockey. If you are on a date with one of those people, take a bathroom break and Google Jordin Tootoo. He seems to be a hot commodity.