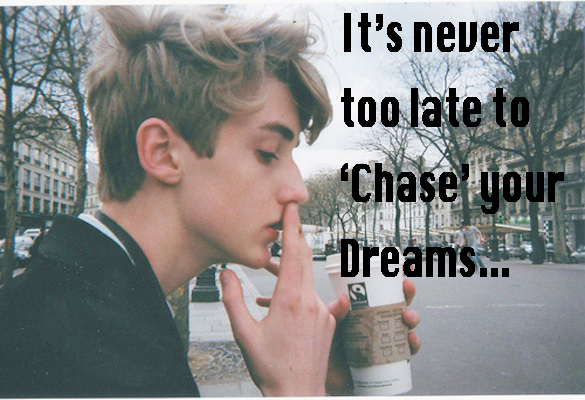 BROOKLYN, NY – High Schooler Chase MacDermmit was sitting on a bench, smoking an American Spirit he had just rolled, when out of nowhere, a football came crashing towards his face.

Whether it was reflexes or pure primal instinct, MacDermmit reacted in time, making a rather miraculous catch. Needless to say, he felt good about it.

As bystanders and onlookers stood by and looked on, MacDermmit couldn’t help but feel a sense of pride come over him. He knew that they knew that he had just made great catch, and the rush from such instant glorification was intoxicating.

MacDermmit had his first  taste of physical pride, a feeling that, up until that moment, he had assumed only jocks and black people ever felt. He was hooked, and he was desperate for more.

As he returned to his public high school the following day, MacDermmit had a new sense of determination.

He threw away his cigarettes, took off his thick-framed, non-prescription glasses and, most importantly, stopped listening to Lana Del Ray.

It was like a scene from a Disney movie. This story truly is the type that should be made into a movie… I’m actually prepared to sell the rights to it for a reasonable price… But back to the story:

MacDermmit had turned over a new leaf, and he had his eye on the prize. He was determined to become the best wide-receiver his high school had ever scene.

Unfortunately for him, it isn’t football season anymore. Basketball season is more than halfway over as well, so MacDermmit decided to focus on a third sport where the skill of “catching” is key: baseball.

MacDermmit goes to see the coach.

Unless we’re talking about sequels here, in which case, we could probably use a second and third. I’m talking about a trilogy, baby. “From Cigs to Center: The Chase MacDermmit Story, Parts I, II, and III.”… But back to the story:

“How about center field?” Asked the ambitious 17 year-old.

“Center field could use a fresh pair of legs,” said the coach with a smile.

They shake hands, and the story begins…

Speaking of fresh legs… Hollywood, right?? So if you or any of your agent friends are looking for the next big teen-drama series for a major production company, email me.

I write, I act, I’ve even done some directing/producing. Mostly indie stuff, like, neo-mumblecore stuff. Ideally, I’ll be playing the role of Chase MacDermmit, but we can talk more about that once we get into negotiations.

Email me with any questions at: Chase-ingthedream@hotmail.com.

From Denim to the Diamond: The Chase MacDermmit Story

From the Dive Bar to the Dugout: The Chase MacDermmit Story

The Sandlot 4: The Chase MacDermmit Story