I know we are busy and with all of the arts and crafts I’ve been working on lately I have barely had time to keep up with things like tournaments or lock outs or even those crazy Kardashians. (I have them DVR’d.)  I have instead taken a few opportunities to overhear some conversations about what is going on in the sports world around us.

This is what I’ve learned:

Did you know that Bruce Pearl got fired?  Yes.  First.  Who is Bruce Pearl?  I said it too, don’t worry. betrally  He is the now fired head coach of the University of Tennessee Men’s Basketball team.  Why?  Bruce decided to invite high school guys over to his house for dinner.  WHAT?!? Bruce, you’re lucky you just got fired. طريقة لعبة البوكر في الجزائر  You could have been asked by the Federal Bureau of Investigation to stay 500 feet away from any school property for the rest of time. Which would have made it even more difficult to coach basketball at a school.  Yikes.  Buy these kids a Corvette if you want them to come play for you.  Don’t invite them over for dinner, Creeps McGee.

Since BruceBruce will have more time for meet and greets with high schoolers, I thought I would make sure every mom out there knows a little about the man that might be inviting your teenage son over for a nice quiet dinner.

He does look constipated here, but Bruce was actually just an avid fan of Angels in the Outfield.

Baseball is his second love.  First love: Making dinner for your teenage son. 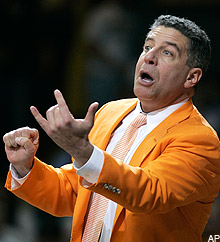 Bruce wears his heart on his sleeve.

(Somebody loves you too Bruce)

(Just not the NCAA or any high school boy basketball players)

If you notice this hand signal is pointed toward your son, move. 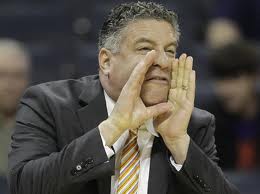 Bruce only yells things that are important.

“Fine, run the man to man defense, but that’s the last time I make you banana pudding for dessert”

“Jinx, you owe me a Coke.  Oh wait, why don’t you just come to my house and I’ll make you dinner.”

This is the double bonus part of the Brucey Beans scandal…It shouldn’t have even been Bruce Pearl that got the axe.  Guess who it should have been? موقع قمار اون لاين  The ATHLETIC DIRECTOR.  In the conservatory, with the lead pipe.  His name is Ron Hugginsmeiter. Just kidding it’s Mike Hamilton. First, that can’t be his real name and second, who even knows what an athletic director does and third, I have no idea why it’s his fault.  What’s important to know here, is that Mr. Hamilton (no, not the unknown singer/songwriter) is getting to keep his steady paycheck with regular office hours, while Bruce Pearl is left to sit in his ridiculous orange suit on his private beach behind his million dollar beach home while still getting the fired coach’s version of unemployment… $2 Million Dollars.  Bruce wins.

Oh, and I wonder if Bruce is finally going to ask Pat Summit out now that they don’t work together?

0 thoughts on “Hide Your Kids”