I am sure that a post will come out later today from the latest Korked Bats writer to add another tally to their years alive, but for those of you that don’t know yet… IT’S A-HUFF’S BIRFDAY! And to wish him a Happy Birfday, I have decided to tell all you readers about some of the highlights of Austin’s Big 2-3.

9:01 AM
This is the normal posting time for Austin, but it his birfday and he is getting up there in age, so he is going to sleep in.

9:48 AM
Austin will make himself a hearty breakfast comprised of a Toaster Strudel, a half bowl of Raisin Bran Crunch, and a Protein Shake. While making this meal, he will be blaring either Party in the USA or Boom Boom Pow. Come to think of it, it’s his Birfday, so he will play both… Party Ova Here!

10:14 AM
Austin thinks to himself, “I’m not going to class today. It is my 23rd Birfday and I am going to go craaaaaaazy.”

10:15 AM
He remembers that he had a test that started 5 minutes ago and runs to his History of Dinosaurs class.

1:00 – 4:00 PM
Austin gets a good work out in. It is his birfday so he works out his beach muscles… for the ladies. Some of the songs on his playlist: All Star, How Bizarre, and Eifel 65’s Blue. Yeah he might be gay.

4:23 PM
Austin asks his roommate “Why did a golfer wear two pairs of pants?” His roommate then decides to skip Austin’s Birfday dinner.

5:14 PM
Austin plays a little bit of Rock Band while drinking a Mountain Dew: Code Red. Sometimes you just have to enjoy the simple things in life.

6:43 PM
Austin and his party (not including his roommate) are seated at Olive Garden. Austin brags to everyone that he already knows what he is getting until the waiter comes and talks about their Never Ending Pasta Bowl. Austin goes “Wait, What?” and the whole table has a laugh together. (I hope someone out there got that joke)

7:26 PM
The Olive Garden crew comes out and sings Austin the Birfday Song. He isn’t sure whether he should clap or not since it is his birfday. He does anyway and feels awkward with every clap. (I think everyone has been in this situation)

8:95 PM
I don’t think this is actually a time, so we are just gonna skip to the next one.

9:32 PM
Austin cuddles up on the couch with that special someone… Himself. He reads a People magazine and fills everything in correctly in the Puzzler (His Birfday wish came true!). He then watches a little bit of Glee and sings-along with every song.

11:59 PM
He gets a call from me, because I prefer to be the last person to wish him a Happy Birfday.

12:00AM (Thursday)
Austin thinks to himself “That was the greatest Birfday EVER!”

I decided to skip over the multiple times throughout the day that Austin makes a funny face in the mirror, tells an awkward joke, or gives a high five, but these are common everyday occurrences so they need no mention.

All joking aside, I hope you have a great Birfday, A. Huff, and expect a call at 11:59PM Central. 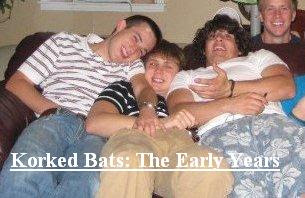