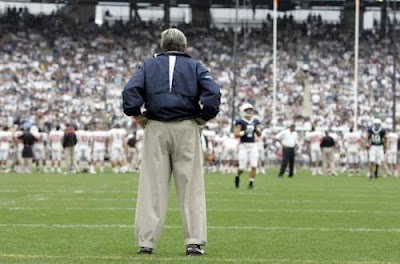 Joe Paterno turns 83 years old today. Saying he is over the hill is the most blatant understatement anyone could ever make. Joe Paterno is over Everest. Heck, he’s over Everest and back like three more times.

The dude is old.
But has anything changed? 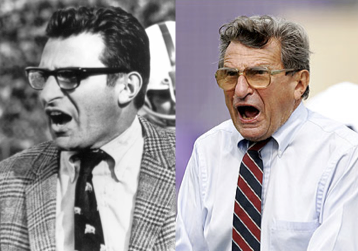 No matter what, you can’t deny that the guy has still got it. So what if he has given more responsibility to his assistant coaches? He recruits as well as anyone. Joe Pa will write personalized letters to players he is going after. (Not a joke.) However, the letters he sends to his prospects don’t travel via Pony Express anymore. (Joke.) 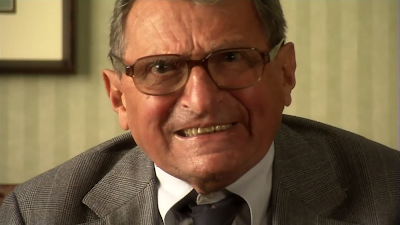 There was a time when I thought that Joe Paterno was old enough to possibly be Jesus’ earthly father. Think about it. Mary and Joseph… Paterno? Then I realized that Jesus was never referred to as Jesus Paterno in the Bible. So that theory went out the window. Plus, Joe Pa would definitely have made Jesus play football.

However, speaking of the Bible, Joe Paterno has an autographed copy.

Standing at only two national championships in his career (1982 and 1986), Joe Paterno has had four other undefeated seasons in which he did not win the national title. Paterno also has more bowl victories and appearances than any other coach. Not to mention he always delivers an incredibly high graduation rate. Hate him or not, you can’t deny the man has had an incredible impact on the sport of college football.

It will be a sad day when he is gone from the game. However, the man, whose social security number is 1, will always have job offers outside of football. He could star in commercials… 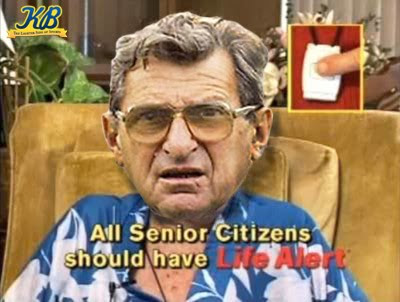 Happy Birthday Joe Paterno!
We wish you the best for year #83!