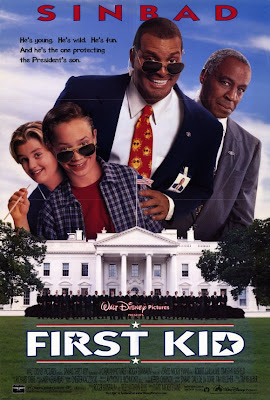 A few weeks ago, my roommates and I sat down to watch First Kid. Save the jokes. I highly recommend watching a movie from your childhood any time you get the chance. Anyway, during a scene in which Luke Davenport (the president’s son) is talking to a “Hot 21-year old girl” on the internet (actually his old secret service agent who somehow fell into a downward spiral after he was relieved of his duties), Luke uses- what I tend to think, at least- the term (or abbreviation, or meme, or whatever) LOL for the first time in cinema history. No joke.

Now, if you’ll allow me to do some juxtaposing here, I’ll take this somewhere.

In our society- especially America’s- we’re always talking about windows. Everyone- and everything- is given a window of time to be at the top, and when their window closes, they’d better hot foot it. Fast. 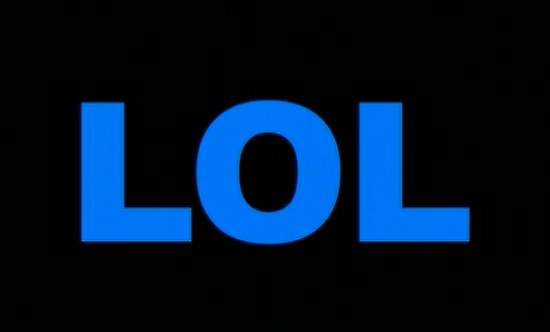 Take “LOL,” for example. It started in the early-to-mid 90’s, peaked with the IM and texting boom in the early-to-mid 2K’s, and closed when T9 became highly prevalent and keyboard texting on BlackBerries and iPhones made typing out texts far easier and faster. Now, it’s like the awkward cousin who was fun to hang out with when he was in his 20’s, but hasn’t aged well, and now you sort of cringe when he’s around. My freaking dad used it in an email to me last year… as if I needed any more conviction that it had far surpassed its window.

The “window” meme is also especially prevalent in sports.
The window for the Wildcat offense in the NFL just opened up in 2008, and I don’t anticipate it lasting very long. Anyone that continues to force its use once the window closes will be lauded for an inability to adapt.
The window for shaky-passing, but oober athletic/mobile quarterbacks getting drafted high in the first round spanned from 1999-2006. (Note: I don’t count JaMarcus Russell as “shaky-passing”- that guy has a cannon for an arm. He’s just lazy and is yet to have a good coach in the NFL.) That’s why a guy like Pat White, who is only the first quarterback in FBS history to win four bowl games- oh and the FBS record holder for rush yards by a quarterback- slipped all the way to 44th overall to the Miami Dolphins and probably will never see a snap as an NFL quarterback. But Akili Smith went 3rd overall in 1999.
The international basketball players window burst open when Dirk Nowitzki went 9th overall in 1998, and watched its window close with a quickness when Andrea Bargnani was taken first overall in 2006. That’s why there were three international players taken in the lottery in 2006 alone, and three non-American-college international players taken in the last three years combined. Ricky Rubio was considered arguably the best international prospect EVER this year, and he fell all the way to fifth overall.
Players go through their windows too.
We heard it time and time again in the NBA Playoffs the last two years: “The window is quickly closing on Kobe Bryant’s championship aspirations.”
The thing about your window- and this is the difficult part- is that you’re not supposed to choose when it opens, and when it closes. Sure, you can do things to keep it propped open (see “O’Neal, Shaquille”), but you can also do things to prematurely slam it shut.
That brings us to Brett Favre.

I’m judging by the fact that you’re reading this, that you are alive, and therefore you inherently hate Brett Favre right now. I don’t need to chronicle the Brett Favre saga for you. The mothership has done plenty of it. I don’t need to tell you my opinion on whether or not I think he’ll do well this year, whether or not it was a good idea to stay retired, or whether or not I think the Vikings improved the quality of their squad by signing Favre. That’s all treaded ground. You’ve gotten enough of that. I wouldn’t be telling you anything you haven’t already had pounded down your throat via Skip Bayless, and washed down by every other American with a column, blog, radio show, or TV show.

But I can tell you why you hate him.
Before I do, I have to point out a fickle discrepancy that the sports public- myself included- uses. The way we view the end of your career depends on one question: did we close your window- allowing you to leave peaceably, or did you close your own window? That one question makes a world of difference.
Brett Favre’s most egregious offense to the American public hasn’t been the constant limbo. Plenty of people have done that to a certain extent (For example, Strahan did it his last few years, even though it was to a lesser extent.) It’s that he closed his own window, then tried to force it back open.
He did in 2008 when he retired. He did it officially. He cried. He couldn’t take the grind anymore. He’d miss it, but he had to close his window.
The funny thing about America is that there is no re-opening your window when you close it yourself.
We were starting to close his window for going into the 2007 season. We loved Brett, but we were ready to part ways with him. He hadn’t been himself for two years, he was 37, and we did the natural thing- we began to close his window for him. It was necessary, and the right time. It was on our terms, it was peaceful.
Then he showed us what happens when we– not you- but we close your window for you. You can actually reopen it that way.
He burst it back open with a vintage Favre season in 2007. Remember? Admit it, you loved Brett Favre again in 2007. I couldn’t tell you how many people said something to the effect of “I’d forgotten how much I’d loved Brett Favre until this year. He plays with such a boyish love for the game. He’s so competitive. I love him” to me. You loved him two years ago. You forgave his coming back/not coming back waffling from the past few summers. You loved him. Admit it- it’s OK. I did too.
So we reopened his window for him.
But then he made that mistake. He closed it himself.
You know the rest of the story. Two retirements and two new teams later, Favre is a pariah. We’ve made fun of him on this blog. So has the rest of the world.
Now he’s outside of his closed window, screaming at us. We can’t help but hear him. We don’t want to, we hate his style, but we have to deal with him. He’s too loud for us not to.
Just like “LOL,” his window opened in the early 90’s and closed in the latter 2Ks.
“Now if he would just go away,” I said, laughing out loud.