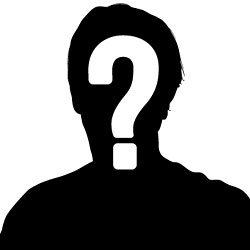 ANYWHERE, USA — Major League Baseball’s annual trade deadline is today and will see players changing teams more frequently than Drake. However, not all players are happy to be traded.

“It’s gotten to the point where I’m sick of being traded,” Player To Be Named Later said. “And it’s not like I found out right away either. Seems like I’m the last person to be included in all of these trades. I’m really fed up. Even the guys on my team call me: Player To Be Nicknamed Later.”

However, Player To Be Named Later has decided to take action. “I spoke with my Agent To Be Hired Later and we have a plan,” he said.

Agent To Be Hired Later has been with Player To Be Named Later for most of his career and has worked at Agency You’ll Learn At A Later Date for just over a decade.

“I am going to work in a no-trade clause in to Player To Be Named Later’s next contract,” Agent To Be Hired Later said. “It’s getting ridiculous and we are putting an end to it now, rather than later.”

Agent To Be Hired Later then added, “Either that or we’ll at least work in a clause where the team has to name him immediately upon the announcement of the trade.”

“I found out last weekend that I was involved in the Red Sox-Dodgers trade that brought Manny Ramirez to Los Angeles,” Player To Be Named Later said. “THAT WAS OVER EIGHT YEARS AGO!” he added furiously.

However, Player To Be Named Later isn’t the only one who has been through the rigorous pain and stress of switching teams every season.

“I really know what he’s going through,” Cash Considerations said. “It wears on you after a while.”

“Yeah, we’ve all been there. Every season, you really have to be ready to switch teams in late-July,” Marlon Byrd added while packing.