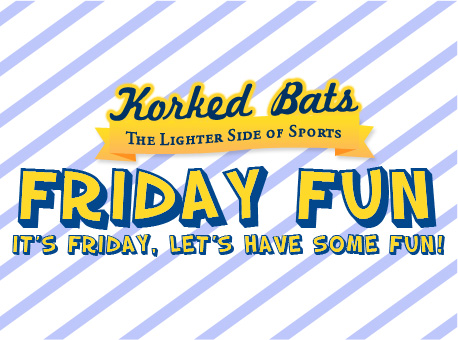 There are two things on this earth that, when God created them, He had the intentions of NEVER  allowing them to cross paths. Those two things are:

Unfortunately for the world, those two things met last Friday. Oprah Winfrey had Super Bowl MVP Drew Brees on her show last week. The first minute and a half of this segment couldn’t have gone any more awkward. It starts right after the video intro when Oprah sticks her hands out to her sides, gives out a nice big “Wooooooo!” and starts chanting something that seemed to be the hybrid of the Saints’ “Who Dat?” cheer and an old man saying, “Whooda!”

And how about the energy of the woman-filled audience? I bet half of those women didn’t even know who Drew Brees was, yet they continued to cheer as if it were Oprah’s Favorite Things Episode. What, did they think they were each going to get their own Drew Brees to take home?

And finally, to top things off, when the crowd finally got settled down, Oprah decided that things just weren’t awkward enough. After a butt-out hug with awkward patting on Oprah’s part, the two take their seats. Once Brees turns his head, Oprah realizes she smeared lipstick on his cheek. However, that wasn’t lipstick. That was Drew Brees’ scar from the birthmark he had removed earlier last year.

Now, Oprah kinda played it off like it was a joke. After watching it numerous times, I think it was an honest mistake that she just had to play off, and even if it was a joke, it wasn’t that funny. Why would you joke about that with someone? Why did she never pull that joke off with Sarah Jessica Parker? Or why did she never make an “ear joke” with Evander Holyfield? How about Seal? She has never made a joke about his messed up face. So why do it with Brees? Sometimes, I just don’t get you, Oprah Winfrey.

However, today is Friday. And Friday is all about fun! So let’s go ahead and get to this video of the the first minute and a half of Drew Brees making his mandatory post Super Bowl Oprah appearance.

And what the heck, let’s have some more fun with this hilarious remix of an Oprah show where EVERYONE got a free car!