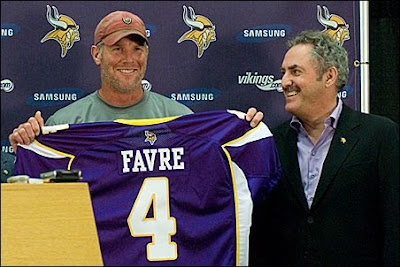 Fool me once, shame on you.
Fool me twice, shame on me. Fool me three times, SCREW YOU BRETT!

Ok, so this has obviously been a busy week. I moved back to school earlier this week, I did some yardwork for my mom, Y.E. Yang beat Tiger Woods in the PGA Championship, I went to some freshman bar-b-ques around campus for some free food, Plaxico is going to jail, Brett Favre unretired again, I went to WalMart, I lost two games of ping pong, and…

I’m not going to lie, I was writing a really funny post recapping Tiger getting upset at the PGA Chmpionship when I heard this news. I was going to call the post, “Crouching Tiger, Hidden Dragon”…

…Ok, I never really actually started writing the post. In fact, the only idea I had for it was the title. But still… Brett Favre is back? What the heck?! 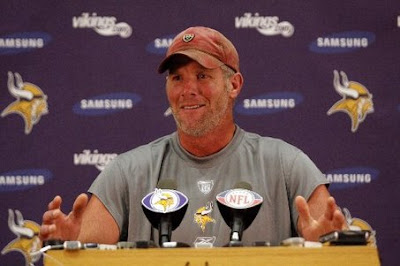 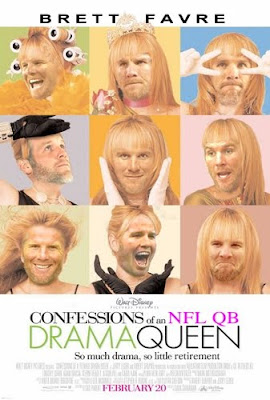 On a side note, did anyone see the mothership’s coverage of Brett’s return. The four letter station bought a freakin’ helicopter to follow the car he was riding in to and from the airport.

Brett got more coverage than the president!

No… Wait… Nevermind. Obama still gets more facetime on ESPN than Brett. Of course, next March after Brett retires for the off season (again), they will probably ask him for his March Madness Bracket and probably find it necessary to fill us in every single day with the results. As if we care.

Right when you think the series is over and Jason is dead, they come out with another Friday the 13th movie with some ridiculous plot of how Jason had been resurrected.

Right when you think his career is over and Brett is retired for good, he comes out and says he still wants to play.

He has flip-flopped more times than John Kerry in the 2004 election.

However, with the return of Favre, this begs the question, will John Madden make a return too?

…now that he has something to work for. 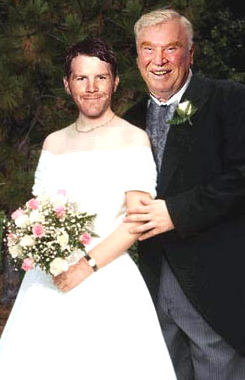