In an exciting announcement sandwiched between covering a story about Boston Red Sox starting pitcher Erik Bedard getting served and still talking about something Mariano Rivera did multiple days ago, ESPN is set to launch a brand new network, entitled ESPN 4: The Flyover.

Apparently the suggestions was initially brought up by Denver Broncos third string quarterback Tim(othy) Tebow, who believed there was a lack of coverage of midwestern sports stories on ESPN.

“I ate a sandwich and felt sick for about three hours,” Tebow cried, “and I don’t think a single person in Vermont even knew about it. What kind of journalism is that?”

After three hours of investigations, ESPN discovered that there is indeed sports teams, yes, multiple sports teams, located in states like Washington, Florida and even Missouri. ESPN is creating “The Flyover” despite a recent survey they conducted. The poll, which surveyed 500 native New Yorkers and Bostonians, asked how much they cared about sports outside of their respective cities. The results are displayed below: 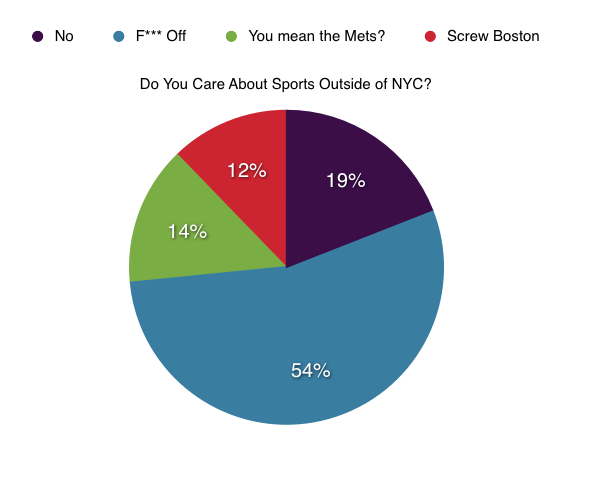 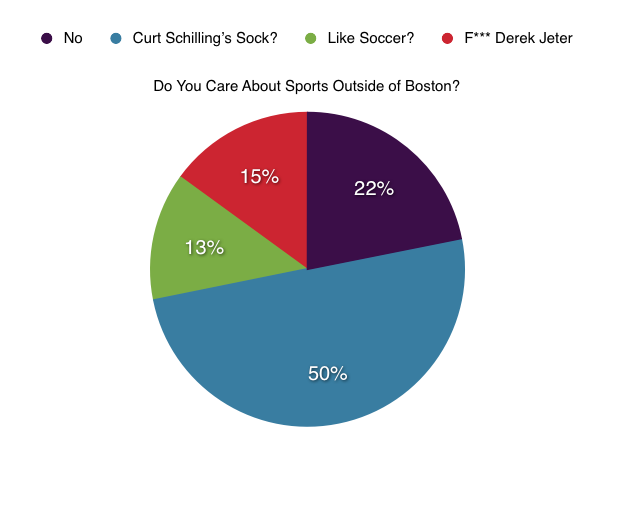 So despite the conclusive evidence that no one cares about anything not happening on the East Coast, ESPN’s new network will debut in a few weeks. The following statement was released from ESPN in relation to “The Flyover”:

It has come to our attention that due to the popularity of sports in Boston and New York City, people have begun sports outside of these two cities, and across this great nation as we continue to grow from the East Coast to the unknown west. In our constant commitment to get money from as many people as possible, we will launch “The Flyover,” our fourth network. ESPN will continue to do what it always does, report on nothing but New York, Boston and the occasional player-crotch-phone-pic. ESPN2 will accent ESPN, showing replays and commentary on the NY and Boston programming, and ESPN3 is still a great way to watch darts tournaments, as long as they happen in Boston or The Big Apple. “The Flyover” will be a great way to see highlights of teams that choose to play sports elsewhere. Not soccer, though. We said sports, you pansy. – ESPN