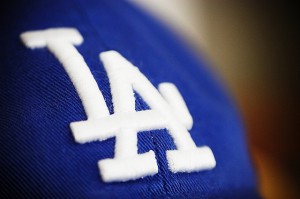 Frank McCourt, long-time owner of the Los Angeles Dodgers, has filed for Chapter 11 bankruptcy protection with the IRS.  He has essentially said “I know I own a team worth hundreds of millions of dollars, but I’m having trouble making ends meet.”  So the team’s future is in limbo.  With some young stars, a booming market, and one of the most recognizable brands in sports, surely people would be lining up down the Walk of Fame, trying to convince Selig to let them take the helm.

But Bud Selig is a busy man.  He’s far too busy attending Bar Mitzvahs, ending All-Star games in a tie, and making this face to search for McCourt’s replacement. Luckily, I’ve been pre-screening candidates for months.  So Bud Selig, if you’re reading this (which is very likely), I’m proud to present to you the following list of potential Dodgers owners:

I’m referring to Cuban as “the people’s choice.”  Perhaps the most recognizable owner in major American sports, Cuban would bring a young, hip attitude to the morgue known as Dodgers Stadium.  His take on social media and sabermetrics would be a potent combination in rebuilding their franchise.  Plus, I’d love to see a picture of Cuban at a urinal, holding a World Series trophy with his Larry O’Brian trophy while peeing with no hands.

Sterling is the owner of the much-maligned LA Clippers.  Known for his racist business practices and taunting  his own players from the crowd, Sterling would be a step up for the Dodgers. Now that the sensitive Manny Ramirez has retired, perhaps Sterling can teach those young negroes to have a thicker skin.

I can’t believe no one has suggested this yet.  He’s perhaps the most loved man in Los Angeles.   He understands sports and business.  He’s well-spoken and people would want to work for him.  In fact, I’m HIV-positive that Magic Johnson would be a great owner.

He won over $300 million in the lottery in 2002.  While this isn’t enough money to purchase the Dodgers, perhaps he could do it as part of a group.  To be honest, a random lottery winner from West Virginia cannot run an organization any more poorly than the McCourt’s did.  I’m fairly confident that Whittaker won’t feel the need to pay someone six-figures just to send positive thoughts towards his team from half-way across the country.

0 thoughts on “Dodging the IRS”