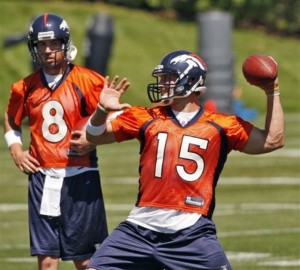 This is a battle only constructed in Hollywood. A battle of good versus evil.¹ A battle of youth versus maturity. A battle that can only be determined by putting on uniforms and running full speed into other men. That’s right, the battle between Tim Tebow and Kyle Orton has gotten out of hand and it’s time to do something about it.  Nevermind the fact that both of the men like and respect each other. This is war!

First of all, we’d like to thank the citizens of Denver for making such a big deal out of this. Without you, we’d actually have to pay attention to tight races for baseball playoffs, Tom Brady’s ridiculous statistics, Michael Vick’s return to Atlanta, or anything else that is clearly more boring than the dilemma the Bronco fans find themselves in.

So here’s the question… should the Broncos go 7-9 with a veteran quarterback or 4-12 with a second year quarterback? Decisions, decisions!

So I’ve decided to help Denver’s Head Coach John Fox out with a little thing I learned in a “decision making” class in college (yes, that’s actually the name of a class- I walked away with an A and learned that decision making is all about making decisions. And no, LeBron James did not teach the course so you know it’s legit.)

Also Note: Even though Tebow is listed as 3rd on the depth chart behind Brady Quinn, no one is even hinting at wanting Brady Quinn to start. No one even notices he exists. Classic middle child syndrome. 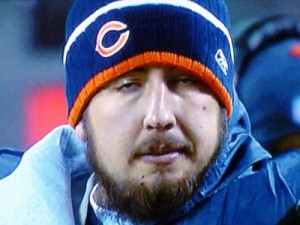 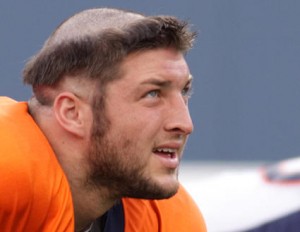 ¹- I do not, in any way, think either of these players is evil.  I’m just ready for the controversy surrounding a sub-500 team to be over so we can pay attention to things that are actually entertaining.²