The television station WSAZ in West Virginia posted this graphic with one of the more memorable spelling errors in recent memory. 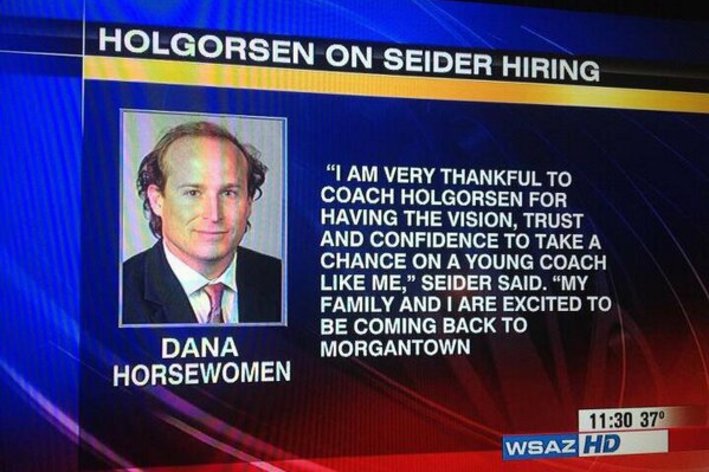 While referencing West Virginia Mountaineers Head Coach Dana Holgorsen, the news graphic displayed the name Dana Horsewoman. However, have any of us stopped to think, “What if WSAZ really wanted to reference Dana Horsewoman and the mistake was the fact they embarrassingly included a photo of Dana Holgorsen instead?” Awkward.

I mean, come on people. This is West Virginia. You know there is one, if not many, Dana Horsewoman’s roaming all over that state. 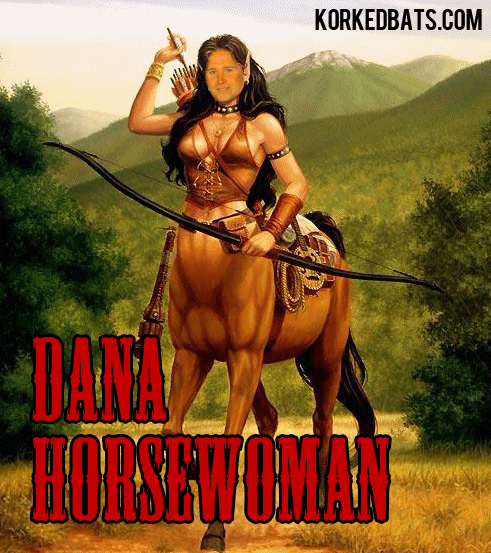 Isn’t the governor a Horsewoman?