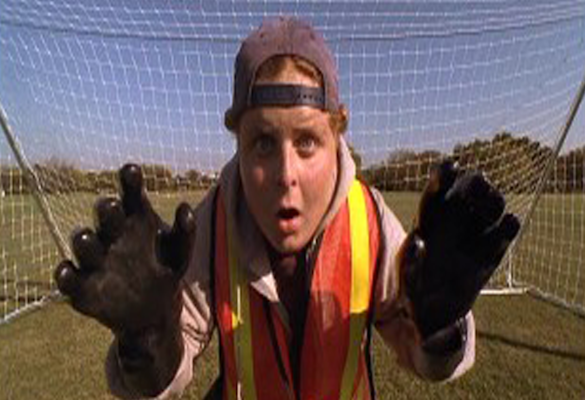 MOBILE, AL – Rec-league intramurals teach local college sophomore, Jason Spillman, what has come to be a hard reality for today’s youth: real life is not the same as video games.

It started during his freshman year when, after only being in college for 2 weeks, Spillman became his dorm’s FIFA champion. As the year wore on, challengers came and went, proving to be no competition for the 19-year-old, and soon, his hubris got the best of him.

“I was king of that dorm, ya know? No one could touch me. No one would touch me… especially not girls,” said Spillman.

Delusions of reality brought on by video games or (DRBOBVG) has become the number one concern for university health professionals everywhere: “I once saw a student try to jump from the top of a parking garage into a rec center pool… the pool was 200 yards away,” said Dr. Lee of Southern State University.

According to Lee, even after a 6 month coma, the student still believed he would have succeeded if his, “damn helicopter would’ve showed up on time.”

As the referee blew his whistle to signal the commencement of the first half, Spillman took one step forward, attempted to pass the ball to a teammate, missed, tripped, fell and broke his back, leaving him paralyzed from the shins down.

“It was a tough lesson to learn,” said Spillman, “but at least now I have an excuse to stay in and just play video games all day.”

While this tale remains a cautionary one, there are success stories everyday of children safely realizing that real life is not video games. How will your story end?