Well, Ladies it’s that time of the month again.

No, not THAT time of month.

This can be a confusing time in any new sports followers life.
If you hear people talking about “The Dance,” “Sweet-Sixteen,” and “Cinderella,” you might take the conversation in a direction that involves singing mice and glass slippers.

If your man friend is talking about “The Dance” don’t automatically assume that he is expanding his horizons. Don’t get too excited that he is finally giving in and agreeing to the Monday Night Ballroom Dance Class at the YMCA.  He is probably talking about the NCAA basketball tournament that takes place at the end of March to determine who’s who in the college basketball world.

Cinderella teams are in fact teams that are the underdog.  They are the team that had one or both parents pass away and are now under the rule of their evil step-mother who makes them get up early to feed the chickens.  This is the team that also has to shine the brass and fold the step sisters clean laundry. Yes. If you hear Belmont being referred to as a Cinderella you can be sure that they were only invited to the ball as a formality and they better stay far away from the prince.  If this team doesn’t make it to the Final Four, no one will be surprised, but if that glass slipper fits and the team ends up marrying the prince, little girls everywhere will believe in love and living happily ever after. 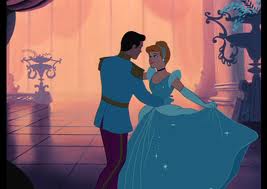 And the Sweet Sixteen that he’s referencing shouldn’t make you concerned about his viewing of an MTV reality show with rich kids and their sixteenth birthday parties.  Just know that sweet sixteen is just as big of a deal for college basketball teams as it is for these bratty birthday parties to include mock-tails, a choreographed dance number, and shirtless teenage boys carrying in the birthday girl on a majestic chair thing.

MeLissa and I have worked up a special treat for you Korked Bats readers.

We’ve taken a second to fill you in on our picks for the winner of March Madness. You’re welcome.