Then I looked at the day that the Celtics had…

We have all heard that Kevin Garnett was hurt and that he should be back in time for the playoffs. Well, it turns out, that is not the case at all and in fact he may not be in the post season for any games. Give it up for the Celtics for spinning this story for as long as they did by keeping the fans, media, and even his fellow teammates in the dark. They were able to maintain hope for a while, but now they have to feel totally screwed. 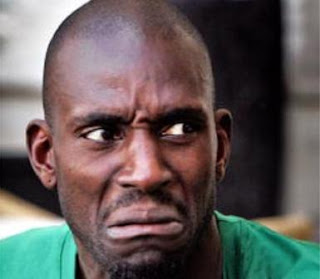 I am sure that the entire city of Boston is just devastated (This is the saddest I have ever seen Bill Simmons). They don’t have a chance in the world to take the Cav’s to 6 games without KG.

You even hear whispers that this could be the beginning of the end for him. He is only 32, but lets face it, when the knees go, they are gone. 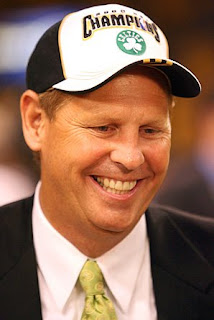 But the story doesn’t stop there…

It’s hard to believe, but yesterday, Danny Ainge, the mastermind of the KG and Ray Allen acquistitions, had a heart attack at the age of 50. I have no idea how serious this is, and I am not trying to make light of the situation, but this is about the worst case scenario that Boston could be going through.

You can’t help but wonder what this KG injury would do to the future of the Celtics. If he ends up having a very serious knee surgery, then Boston is in a really bad spot. They have a lot of money locked up in the big 3, and are going to need to somehow lock up “Earthworm Jim” and “Big Baby“.

Prove me wrong Celtics, and mount one of the greatest story lines in the history of the NBA playoffs.

I mean c’mon, the Celtics of all teams should know:
“ANYTHING IS POSSIBLE!”