As I watched the Bulls-Heat game last night, I took notes on things that stuck out to me. Although it’s two weeks away, I debated writing my NBA playoff preview for today. العاب ربح مال حقيقي I decided against it, so this is what you get instead: 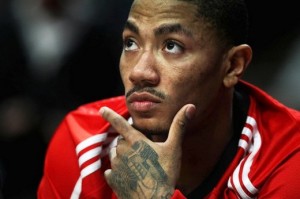 Chicago’s coach Tom Thibodeau has some serious cojones- benching his MVP point guard in crunch time (which lead to his team outscoring the Heat by 37 with Rose on the bench).

Derrick Rose’s dirty mustache has the opposite powers of Anthony Davis’ unibrow.

Whenever the Heat allow their opponents to go on a brief run and the camera crew cuts to a steamed Erik Spoelstra as he’s calling a timeout, he looks more upset than a kid who just got his Lunchable stolen.

If LeBron James didn’t pass the ball to the open man, he’d be exactly like Carmelo Anthony.

Streaming the game from my desktop to my iPad so I can watch on an illegal third-party internet site in bed is more satisfying than torrenting the entire Chumbawumba discography and eating Sour Patch Kids.

NBA referee’s have the worst professional referee outfits- no question (and yes, Erin McGown made me call them “outfits”).

Shane Battier’s head wrinkles are a sight to behold.

After watching mutiple alley-oops and just plain old regular dunks, I am convinced the NCAA should change their “no hanging on the rim” rule . ماهي لعبة الروليت It is much more satisfying (as a dunker) to hang up there for a bit and stare down at the fools you just dunked over (or so my tall friend Kevin tells me).

Folks, I’m just warming up.  Get ready for plenty of playoff notes and analysis as the time approaches.  I’m so excited/nervous that fellow Korked Bats writers have put me on “Bubba Watson Watch” and are constantly standing with tissues and hugs ready to be distributed.