The BYU Cougars are currently amidst their greatest basketball season in their school’s history. That’s right, this year the Cougars are known for more than just “hitting on college aged men in dingy bars.” BYU has reclaimed the nickname to described the #3 team in the nation earlier this week. Granted, they just lost to New Mexico (which surprisingly isn’t against the school’s honor code) but this season is still a memorable one.

Although, a sinful cloud has hovered over Provo, Utah posing a grim outlook for the rest of the season. 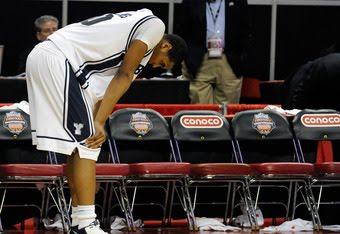 Starting center Brandon Davies has been suspended for the rest of the season for violating the school’s honor code. The BYU honor code forbids premarital sex, the use of alcohol and illegal drugs, and cheating on schoolwork. That’s right, the BYU honor code is as strict as our mom’s when we were in middle school.

News came out earlier this week via the Salt Lake Tribune that the reason for Davies’s suspension was for engaging in premarital sex with a girl. However, Davies could have done a number of things to get him suspended at BYU that wouldn’t get him in trouble at most schools. Mainly because BYU is notorious for sticking to their honor code.

With this week’s news, those unfamiliar with BYU have wondered what other kind of rules and guidelines does their honor code include? Well luckily for you, Korked Bats investigative team has gotten a hold of the document and have decided to post it so you can be more informed. 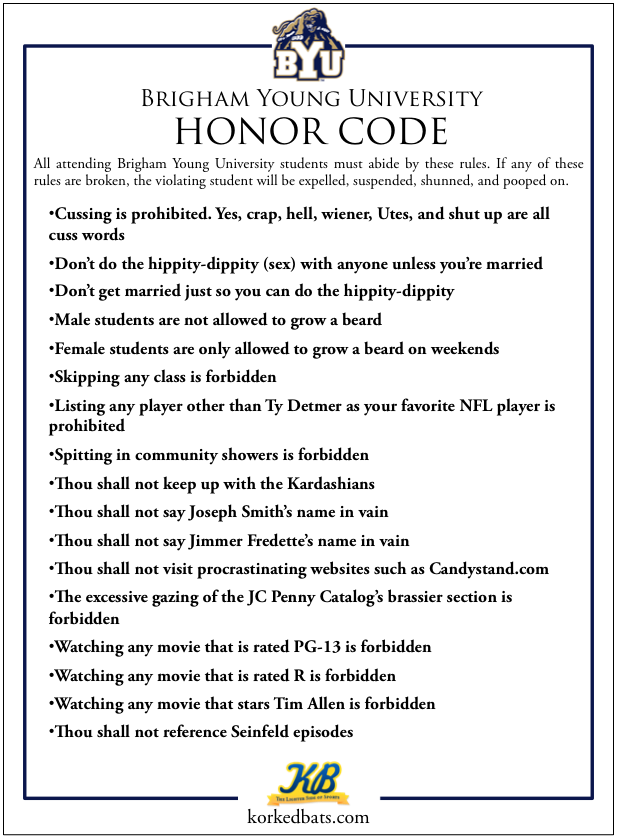