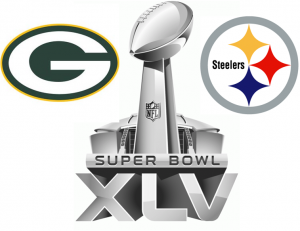 In the forty five year history of the Super Bowl, this year’s game will be the first game in which cheerleaders will go unnoticed on the sidelines. But mainly because there actually won’t be any cheerleaders on the sidelines this year. The Pittsburgh Steelers and the Green Bay Packers are two of six NFL teams that don’t have cheerleaders gracing their sidelines. That’s right, these two organizations are so old fashioned, they feel women shouldn’t be on the field during football games. They also don’t think women should be allowed to vote and that a black man will ever be president. 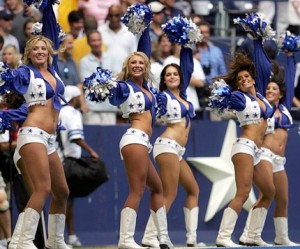 The Packers did away with their cheerleading squad in 1988 after market research indicated that fans didn’t really care. Which, to be honest, that market research was probably true. New York Jets head coach Rex Ryan claimed, “Most of the time I don’t even realize that there are cheerleaders on the sidelines of our games. Unless they’re barefoot.”

The Steelers got rid of their Steelerettes (clever name) in 1970 after an organizational decision. An organizational decision that drove up the homosexuality rate in Pittsburgh by ten folds. Now Pittsburgh just sells Troy Polomalu swimsuit calendars every year as apposed to the Steelerettes swimsuit calendars they used to sell in the 60s. Surprisingly enough, most Steelers fans haven’t even realized anything different because of Troy’s long hair, smooth skin, and well, his high pitched voice.

Some players even think it will be weird that there will be no cheerleaders at the game. Especially quarterback Shane “Footsteps” Falco. His girlfriend won’t even get to see him play. When the media broke the news to Steelers quarterback and young attractive women connoisseur Ben Roethlisberger, this is how he reacted:

It’s going to be weird having a Super Bowl without cheerleaders. Well, maybe not weird, more so just really bad for us, viewers. Mainly because this gives FOX another excuse to cut away to commercials with shots of their dancing football playing robot.