In what could quite possible be the ultimate sports story ever reported in the last two years, (un)retired-hopeful Brett Favre is set to talk with suspended Los Angeles Dodgers’ outfielder Manny Ramirez about ideas proposed by ex-Atlanta Falcon quarterback Michael Vick on Yankees third baseman Alex Rodriguez concerning steroid-ridden pitcher Roger Clemens. The two (Favre and Manny) are set to meet somewhere in Favre’s home of near a lake somewhere in the south.

They are meeting to discuss ideas circulating from some place somewhere from Alex Rodriguez, which Rodriguez, when reached for comment, says were, “some stuff he said about something, but wasn’t all that important.” Unfortunately for Alex there has been a slack in media coverage surrounding his recent career, so no further word could be aprehended. It is under suspicion that these statements, which were “probably said aloud maybe,” most likely have something to do with distraught ex-QB Michael Vick’s ideas concerning Roger Cl 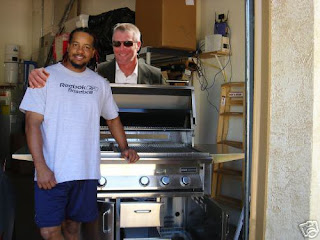 emens. Vick was in a car doing something probably, and most likely only making $10/hour at the time, so he was unable to be reached. Clemens, who was out doing that stuff to help take care of that thing you’ve heard about, was busy when we attemped to reach him, but Rusty Hardin, Clemen’s lawyer spoke out on the allegations that Clemens did something: “My client wasn’t probably not involved with this situation, and it is an outrage to think alike or otherwise without thinking about it a whole lot.”

Sports fans are going crazy over these developments, excited to see their five favorite athletes back in the news, finally, after each has quietly gone about his own business in the shadows.

Craig Nance, a 31 year old car salesmen from a town, said, “It’d been almost 30 minutes since ESPN reported on Brett Favre, so it was refreshing to see them find some more shit to waste my time talking about.”

Jessica Culberson, a 24 year old mother of some, was relieved at the story, “At least I didn’t have to watch NHL highlights or something, those are just so damn boring.” Jessica cradled her baby “I mean, it’s nice to switch things up and hear about Vick and Clemens for a change. And at least it’s not some obscure sport like baseball.”

The blogging world will have to reaquaint itself with the lives of these five under-the-radar athletes, where one blogger says, “Favre has been retired for too long to think he can connect with this new, younger audience that has seemingly forgotten him. I wish him the best of luck.”

It is still somewhat uncertain what exactly the athletes will discuss, but the most common guess is a way to increase their public exposure.