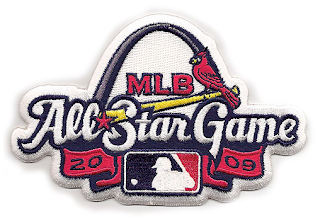 Last night was the Home Run Derby. Or as I liked to call it, the Base Hit Marathon. The contest itself was very anti-climatic. It was like the movie, The Fifth Element. Long and not worth watching.

However, in watching the whole thing I came up with a few notes about what I saw on ESPN last night. This is what I noticed: 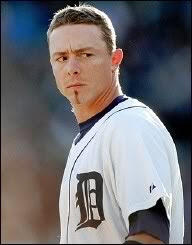 Those were some things I thought about while watching the 2009 State Farm Home Run Derby. Congratulations to the 2009 Winner, Prince Fielder.

I can’t wait till tonight’s All Star Game… Because according to FOX, “This Time It Counts!”

Shouldn’t they be saying: “It Is Counting Again This Year!” or heck, even: “Obama Is Throwing Out The First Pitch And Will Be In The Broadcasters Booth During The Game!” That oughta up the viewership by another couple million or so. I mean, jeeze, ESPN has been reporting all day that Obama is going to warm up sometime today before throwing out the first pitch. WHO GIVES A HOOT?

And finally, Brandon Inge… Better luck next year. (If there is a next year)