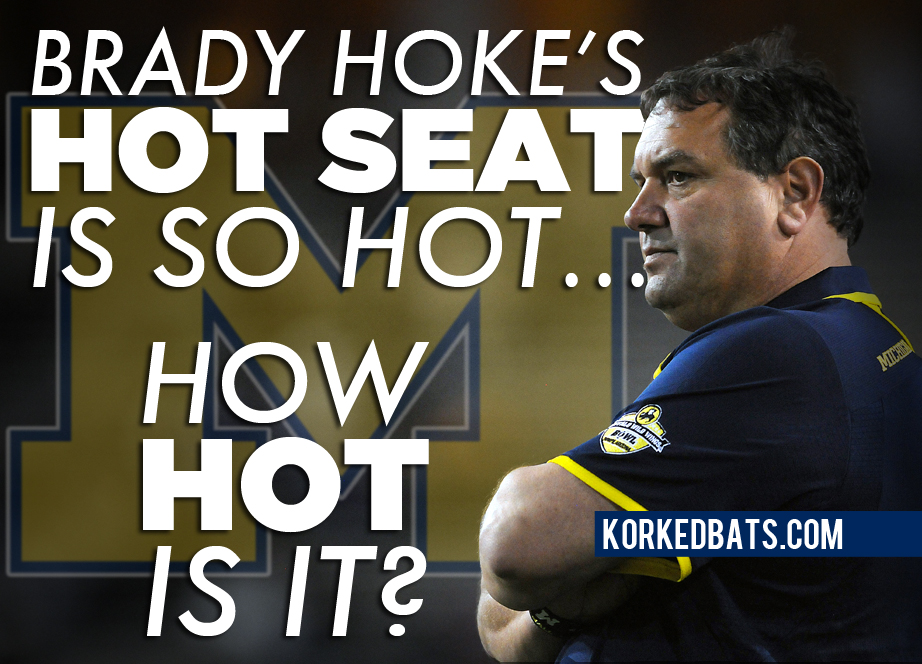 Michigan head coach Brady Hoke hasn’t made quite the impact fans may have hoped. In fact, many people think this could be his final year as head coach of the Michigan Wolverines, officially putting him on the hot seat. But just how hot is Brady Hoke’s hot seat?