I wasn’t really sure what to expect from ‘Ambulance’ when I walked into the theater on Friday night. When I first saw the trailer a few months back my initial reaction was positive. This is typically not how I feel about Michael Bay movies, but something about this seemed new, fresh, and fun. I couldn’t quite put a finger on it at the time. Within 10 minutes of the film starting I realized that initial hunch I had from the trailer was spot-on.

‘Ambulance’ is Michael Bay’s best film in decades. I’ll need a full week to reflect on it, but I’m tempted at this moment to say it is his best film ever. Now, take that with a grain of salt. This movie isn’t going to make a push for major awards this year (though it has a good shot at some technical ones). It’s still a Michael Bay film with some very Michael Bay flaws. However, you can’t deny that it is an extremely fun and engaging roller-coaster experience.

‘Ambulance’ stars Jake Gyllenhaal and Yahya Abdul-Matten. Needing money to pay for an experimental surgery for his wife, Will Sharp (Mateen) , a combat veteran, reaches out to his adopted brother Danny (Gylenhaal) for a loan in order to cover the expense. Danny is a man of means due to a shady background and criminal history. This is a shared history thanks to how their father raised them, but Will left that life years back in order to get out and find a more purposeful life.

However, instead of giving him a loan, Danny recruits Will for a job to rob a bank in Downtown Los Angeles. Will joins reluctantly because he knows it is the only way he will be able to finance the expensive surgery.  Due to several outside factors during the robbery, their getaway gets messy and shooting breaks out. Their best means of escape is to steal an ambulance (hence the title) as a getaway. On board is a wounded police officer (Jackson White) and an EMT worker named Cam (Eliza Gonzalez). They navigate through the streets of Los Angeles evading capture while trying to keep the officer alive.

I don’t think anyone in Hollywood would refer to Michael Bay as a “master storyteller”. ‘Ambulance’ won’t make anyone change their mind on that. On a story-level, the film is pretty basic. It doesn’t spend too much time on character backstory and plot set-up. We get the information we need immediately so we can enjoy the movie. This works to its advantage in a lot of ways. Within the first 15 minutes, you know enough to understand what is happening, why it’s happening and what is at stake.

However, with a thinner plot, it’s tough to make a movie that is over two hours. It leads to character introductions and story points that don’t seem to be necessary. The best example of this is with Agent Anson Clark, played by Keir O’Donnell. Clark has some sort of personal relationship with Danny and Will. However, we never really find out how or why. It feels like his presence is to fill some sort of plot-gap, but honestly the film would’ve made plenty of sense without him. I guess it’s not a true heist movie without an FBI agent with skin in the game?

The thin story also causes the film to feel stretched out through the third-act. At a certain point, there seems to be a clear way to end the film, but it continues to go on for about 20 minutes longer than it probably should. Bay uses that time to build up suspense and unnecessarily attempt to make the stakes higher.

The movie makes up for a light story with some excellent casting choices. From top to bottom, the film is well acted. It’s hard to go wrong with two leads like Gyllenhaal & Mateen. Eliza Gonzalez shines as well. (Although I wonder if Michael Bay went FULL Michael Bay and casted her for her looks more so than acting). All the other supporting cast, including Garret Dillahunt as LAPD captain Monroe, service their roles very well. Not really a false note in the bunch.

Gylenhaal in particular plays an unhinged criminal better than one would think. His character is as multi-dimension as a Michael Bay film will allow. Jake pulls it off well. Mateen does a phenomenal job in the conflicted anti-hero role. He’s vulnerable and he makes it very easy to sympathize with Will.

Truly where the movie shines is in its technical innovation. Bay makes use of drone cameras in a way that I personally would not think possible up until this point. Certain shots in the film truly made me feel as if I were on a roller coaster.

Of course, with Michael Bay, there also comes the obnoxious shaky-cam shots for all the action. There is also the signature quick and slow pans during scenes with heavy dialogue. I felt like for a lot of the film I wanted to ask the camera operator to stay still so my eyes could focus in. That’s asking alot for a director who always has to keep things in motion.

There is very little use of CGI throughout the film. However, when it is utilized, it’s looks absolutely horrid. Michael Bay, for being the innovator he is, couldn’t make all the shots work so unfortunately it’s made up for with visually appalling graphics.

It’s a shame that ‘Ambulance’ only took home $8.7 Million it’s opening weekend. It’s the type of movie that demands to be seen in the theater. Unfortunately opening up against Sonic 2 probably wasn’t the best call. ‘Ambulance’ is a well-acted, technically stunning movie that likely will still carry some charm over to the small-screen. If you have the chance, I recommend it. Given his track record, Michael Bay only has a critically acclaimed movie once every 26 years. 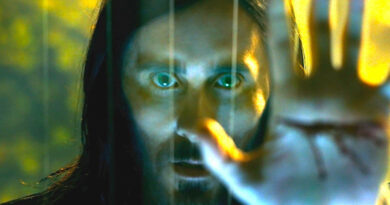 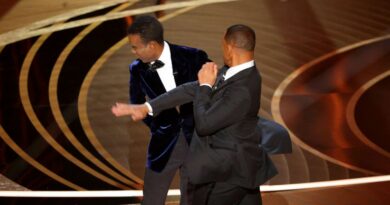 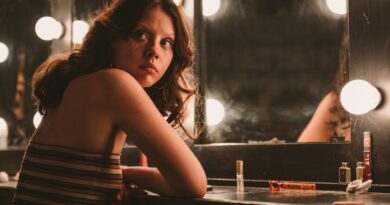