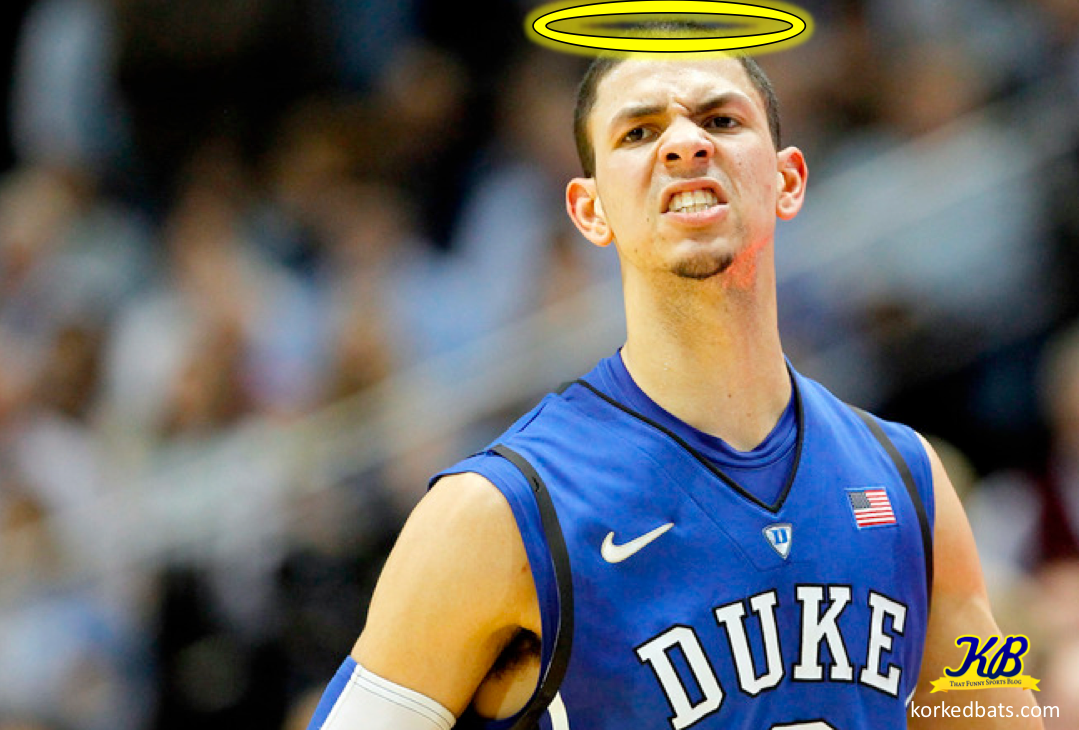 Not many people know that Duke University is historically and currently associated with the United Methodist Church. Basically, this means that a bunch of Quakers founded what has become one of the top universities in America.

Little known fact: Quakers were notoriously good at basketball and recruiting. And oatmeals.

So, when a private university wants to deify a student athlete after what could be called a god-like performance in a game, no one can stop them…unless they’re Catholic. If they’re Catholic, the Pope can veto that crap.

Anyway, Rivers is now a god in a religion that claims to be monotheistic, and this is where they start running into some red tape.

Apparently, some Duke students and faculty take this religion thing pretty seriously and are upset at having to now worship a second god: “Yea, it kind of seems like the Religious Board doesn’t really understand what Methodists believe… I mean, the Bible makes it pretty clear that there’s only one God, so unless Austin Rivers is the second coming of Christ… wait a minute… maybe… he is. Oh man, this just got real,” said sophomore Reagen Mansfield.

While some are upset and confused, other university students and faculty have fully embraced the change: “I think it’s great,” said economics TA, Saj Patel. “I am no stranger to multiple deities, so to see my university embracing this Eastern concept is very encouraging.”

According to Junior feminist studies major, Annie Franz, it’s less about deity and more about gender: “Catholics have the Virgin Mary, but of course, in classic WASP fashion, we get another man looking down on us. At least he’s not white.”

The debate continues, but, at least for now, Protestants have another dude to hang pictures of in their living rooms.