What is planking you ask? It’s the act of making your body as stiff as a plank and doing said act in various locations. Who started planking? We don’t know. Some Biblical scholars claim it was Matthew. Some Biblical non-scholars claim it was Jesus. Other just regular scholars claim they have no idea what planking is, because they’ve been too busy studying in the library. Nerds. Regardless of who it was that started this, it’s sweeping the nation faster than a LeBron James NBA Finals joke in a chain email that you’ll probably soon be receiving, again, via your uncle from Cleveland.

We’re not here to get into the details of planking (not like there are any, you just lie on things). We’re just here to share with you various plank jobs by athletes that have picked up on the fad.

Take Gilbert Arenas for example. When Gilbert’s not busy bringing guns into team practice, you can find him doing other activities. 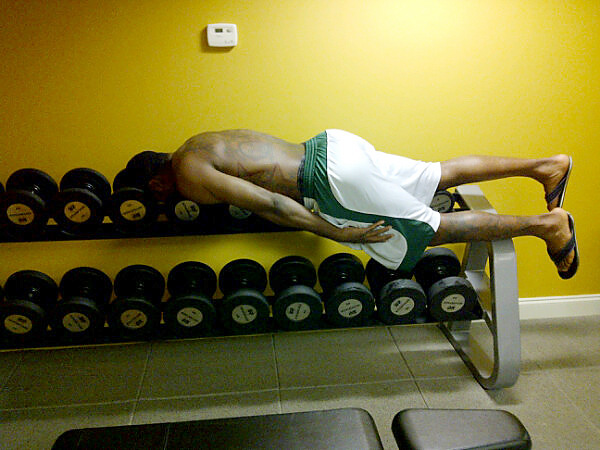 But you must make sure you get some cardio into your workout, too. 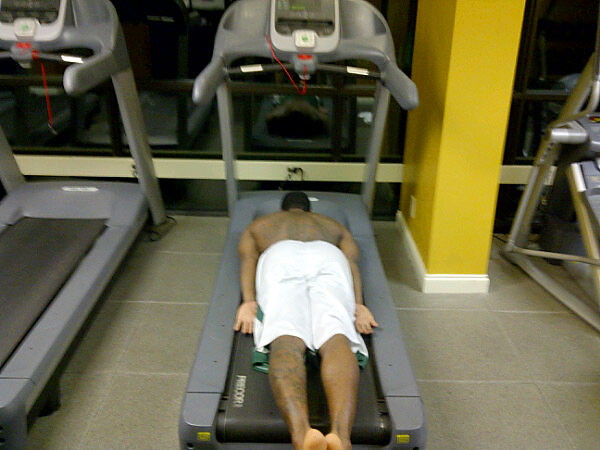 After a tough workout, you want to make sure to relax and cool down with a nice swim. 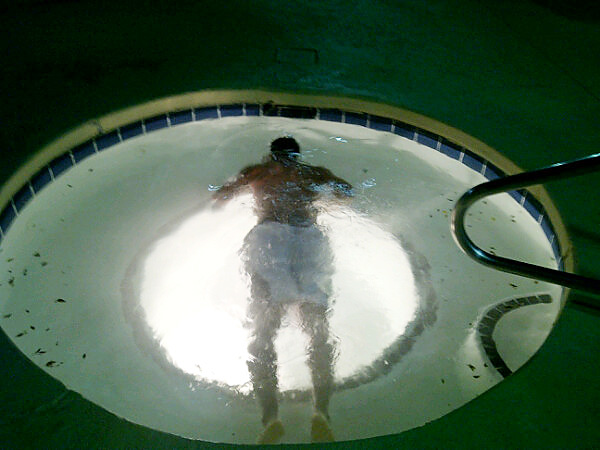 However, Gilbert isn’t the only athlete that brings planking into his everyday schedule. Other athletes do it, too. In fact, after athletes workout, they usually want to grab a Powerade. 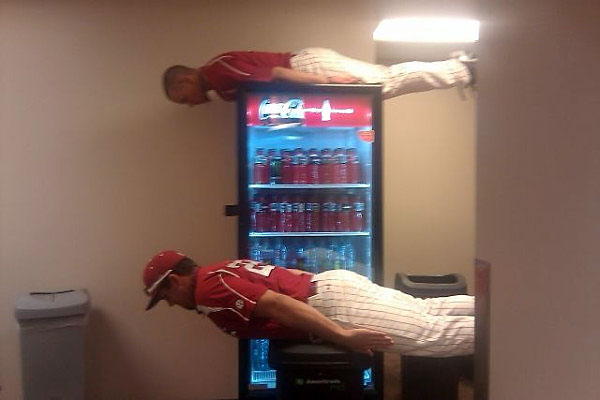 Now normally, players would go to work after their morning workout, but since nearly every sport these days is locked out, athletes have been forced to find other jobs to make ends meet. Some athletes work as pilots. 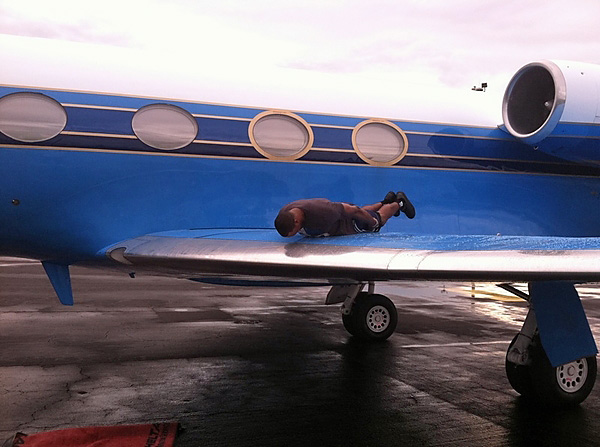 Some athletes are bell boys. 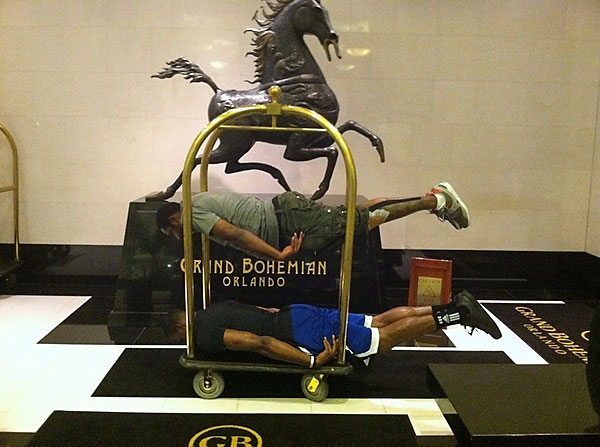 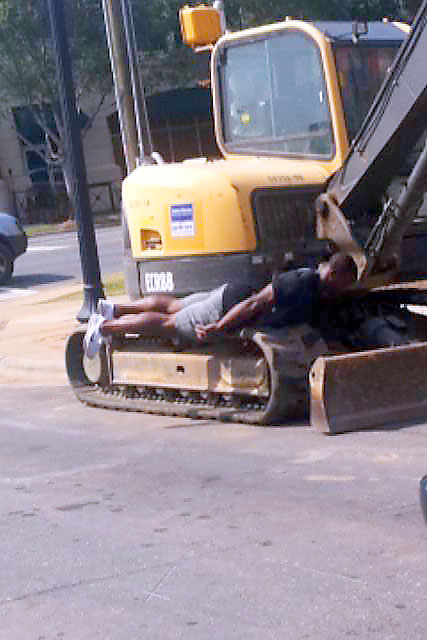 Some athletes give piano lessons. 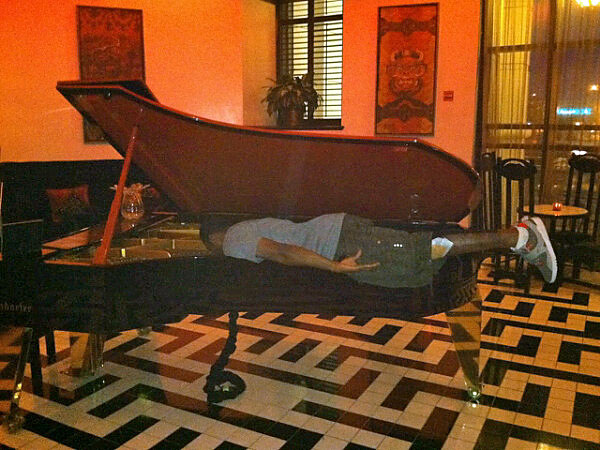 And others just work as toll booth operators. 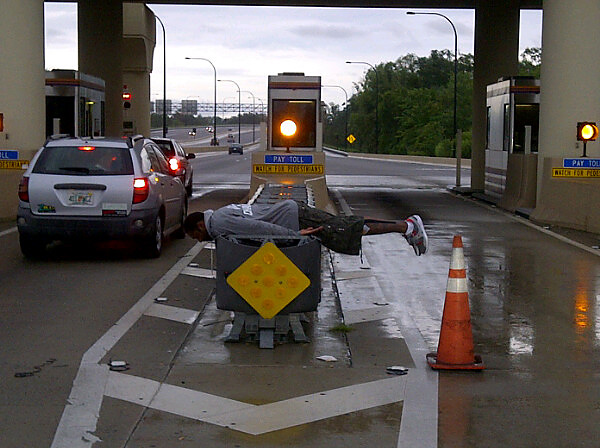 Obviously by these pictures, you can tell that these guys work extremely hard at their new jobs. So as you might guess, around lunchtime, they get really hungry. So they head to their favorite lunch spots to enjoy a delicious break. 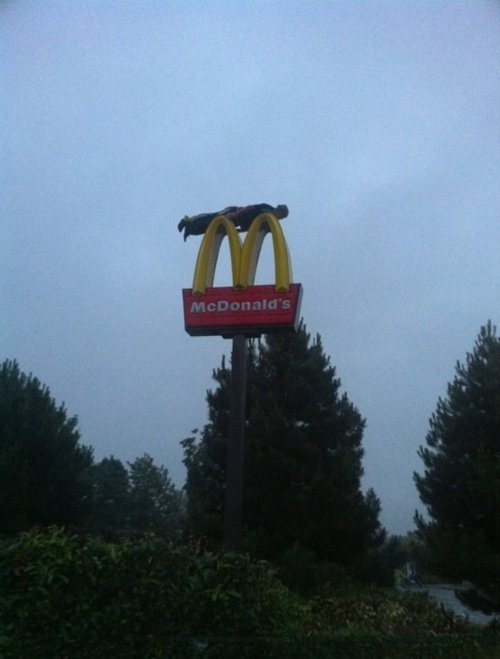 Then they go inside and place their order. 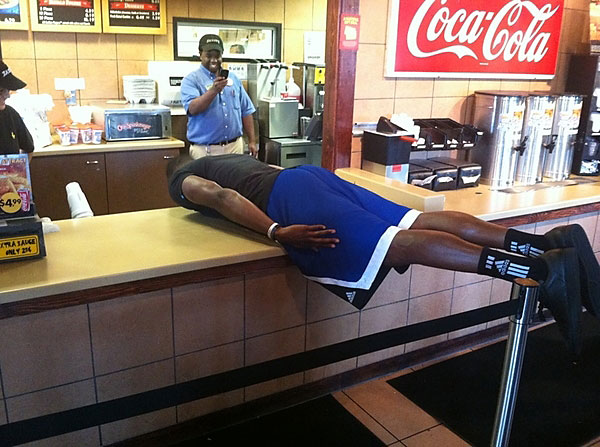 Not to be rude or anything, but they could probably get their food a lot faster if the employees at their favorite lunch spots weren’t constantly on their cell phones. But I digress. After a hearty fast food meal, it’s always good to treat yourself with a nice dessert, which is exactly what a lot of athletes do. 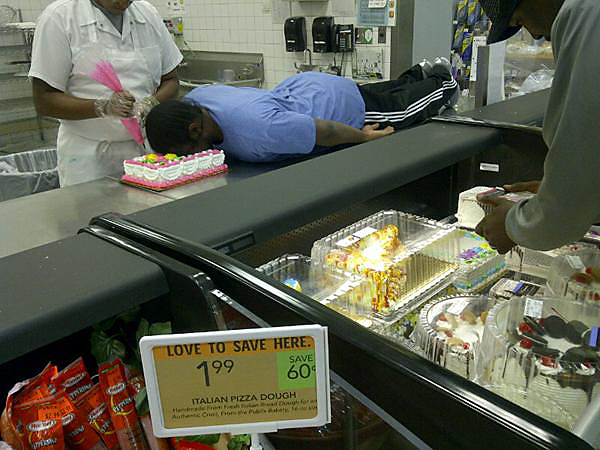 After lunch, athletes head back to work to finish out their work day. Then right when work ends, they slide down the tail of their brontosaurus, hop in their cars, and drive home. 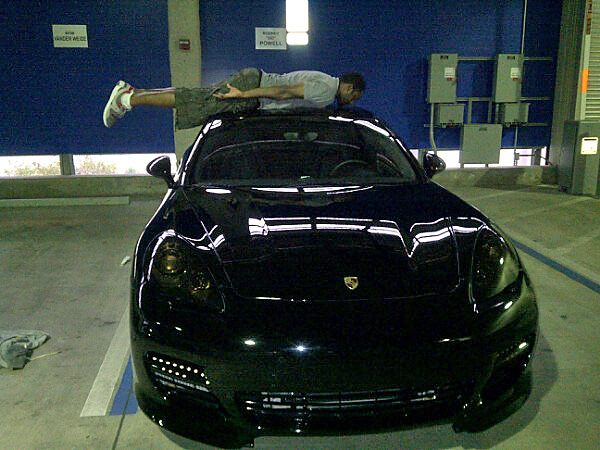 Some of them drive so fast, you’d mistake them for race car drivers. 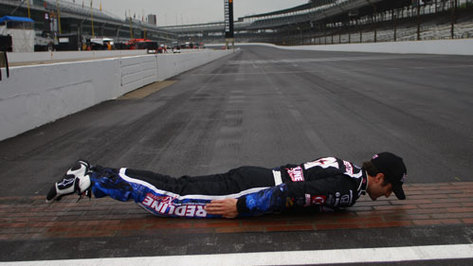 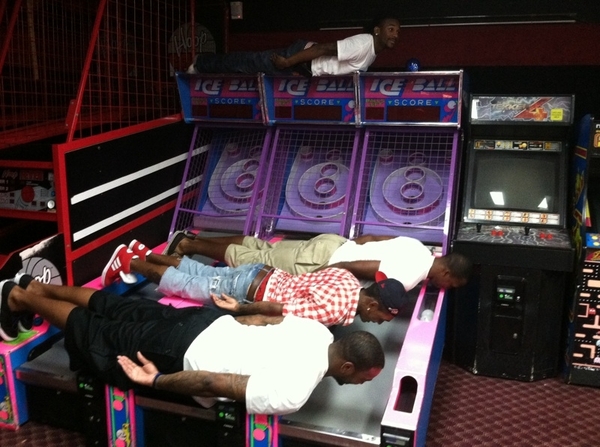 But as we all know from our days of sleazy skating parties at that skating rink near the airport, skeeball can is really tiring. So these athletes usually take naps. 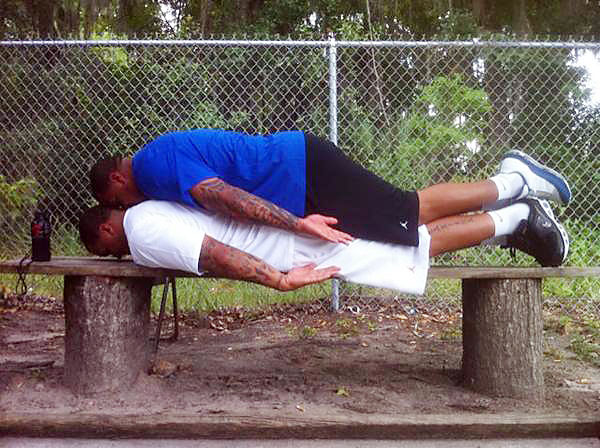 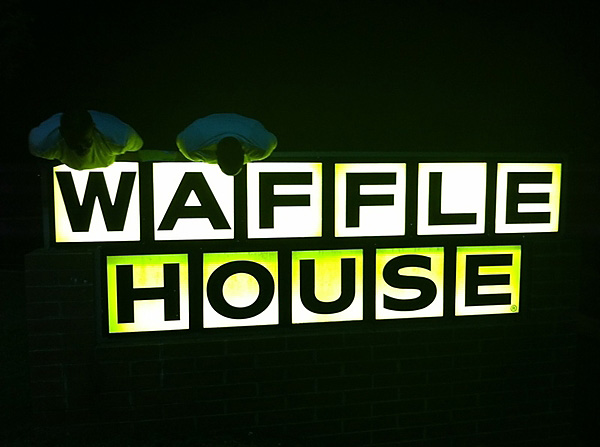 Now after seeing all these athletes planking at every point of their daily schedule, you may be asking yourself, “How are they so good at multitasking?!” Well, my friend, many years of practice. They’ve been planking during their everyday routines since they were in diapers. 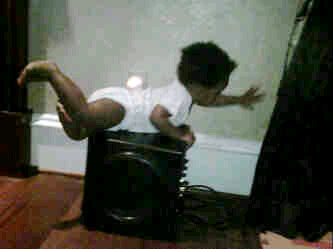