The NFL owners have locked out the players, brewing the potential for no NFL season this fall. This has created a feeling of urgency amongst players, who apparently have never attempted to save a cent of their millions of dollars.

Chad Ochocinco (Johnson? Johnsoncinco?) is going to tryout for Sporting KC (which is a soccer team, in case you didn’t know. Soccer was that sport on TV last summer; that sport with the horns, jujubeezelas or whatever they were called). Whether this is a publicity stunt, a way to stay in shape in case the NFL season doesn’t happen or actually something that someone who changed their name to a fake number (ochenta y cinco, anybody?) want to do is beyond me, but I think that he is on to something. NFL Players need backup plans, and I have a few suggestions.

Tom Brady – Male Model – Or did we not think Tom Brady knew what a you-googly-was? 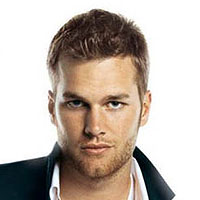 Ray Lewis and Ed Reed – Go on the Amazing Race. I’d like to see the duo that tries to beat them. Ray Lewis killed a human being once, I think he can make it around Earth once for some cash.

Aaron Rodgers – WWE Wrestler. Finally, The Rodg… has come back… to… eh, he’d get destroyed and lose whatever hypothetical belt he likes to put on.

Jay Cutler – Dancing With the Stars. He would do really well for the first ten minutes of one episode, but then he’d hurt his leg and watch someone else who hasn’t danced since college try and dance, but they occasionally throw the dance to BJ Raji, who can really dance. 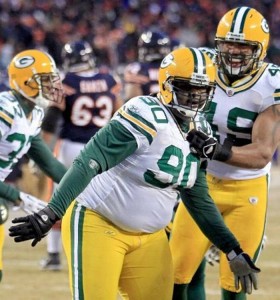 BJ Raji – Dancing with the Stars