Here is a list of what some notable people have said about Korked Bats. 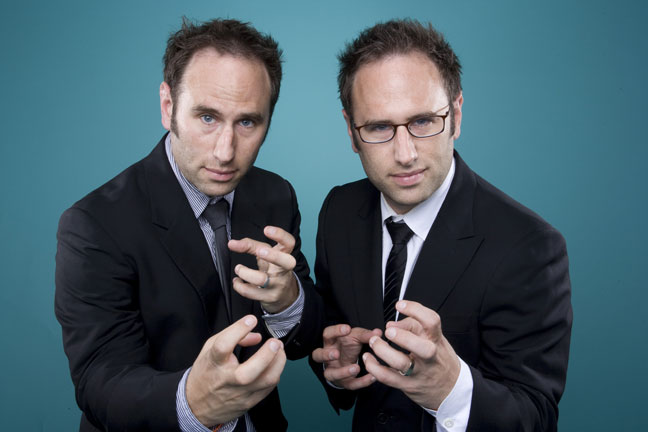 The Sklar Brothers – Randy and Jason

Randy and Jason Sklar, or professionally known as the Sklar Brothers, are identical twin brother comedians. They are most notably known from hosting ESPN Classic’s Cheap Seats. The Sklars also fill in on the radio for Jim Rome on The Jim Rome Show. They have also had appearances on Chelsea Lately, It’s Always Sunny In Philadelphia, Entourage, Grey’s Anatomy, and Comedy Central Presents. They are working on a new show for The History Channel entitled The United Stats of America. You can currently hear them on their weekly podcast, Sklarbro Country. Here is what the Sklar Brothers had to say about Korked Bats: 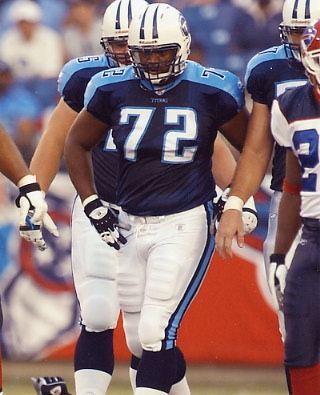 Brad is a former 14-year NFL vet for the Tennessee Titans. He was drafted by the Houston Oilers in the first round of the 1993 NFL Draft and was a the starting left-tackle for the Tennessee Titans’ Super Bowl XXXIV team. Brad earned himself two trips to Hawaii for the NFL Pro Bowl in 2000 and 2003. He is currently co-hosting the 1st Quarter on 102.5 The Game – WPRT in Nashville, TN. Here is what Brad had to say about Korked Bats:

“Korked Bats is on deck with providing you side-splitting sports coverage like no other! Capturing the wild and the whacky through the eyes of folks who need bifocals, Korked Bats definitely keeps you posted on the lighter side of sports!” 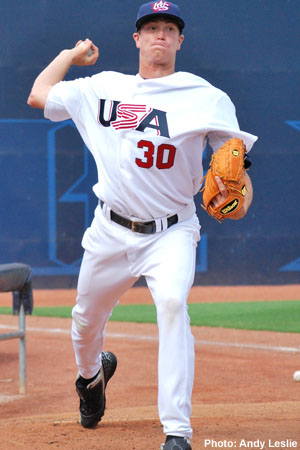 Kyle was drafted in the 1st round (22nd overall) by the Minnesota Twins in 2009. He was the Twins’ top prospect entering the 2011 season. He went on to make his MLB debut with the Twins on June 29, 2013. Here’s what Kyle “Gibby” Gibson had to say about Korked Bats: 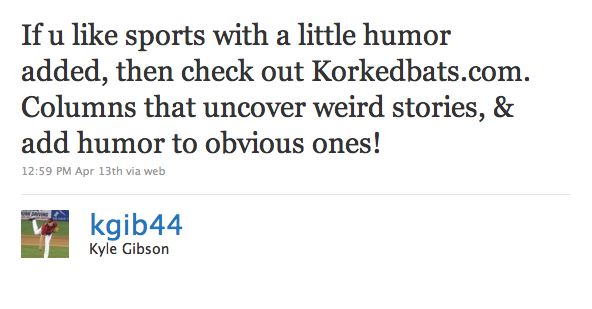 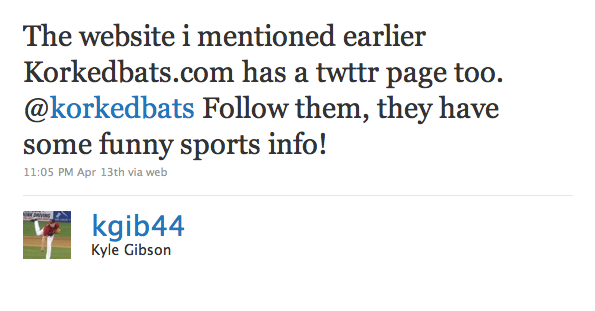 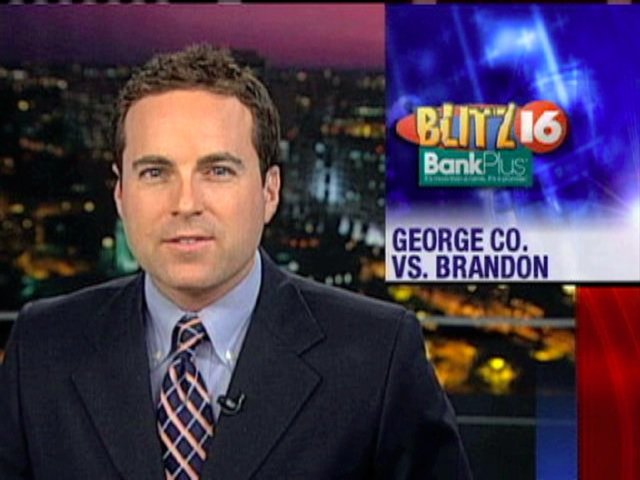 Former Co-Host of Inside the Huddle on The Zone 105.9 – ESPN Radio

“In a world where sports journalism has become watered down and every writer or talking head thinks they’re a comedian… Korked Bats provides a fresh, truly funny perspective on the games and athletes we all love.  Jump on the bandwagon now before Korked Bats becomes the go to website in all of sports parody.” 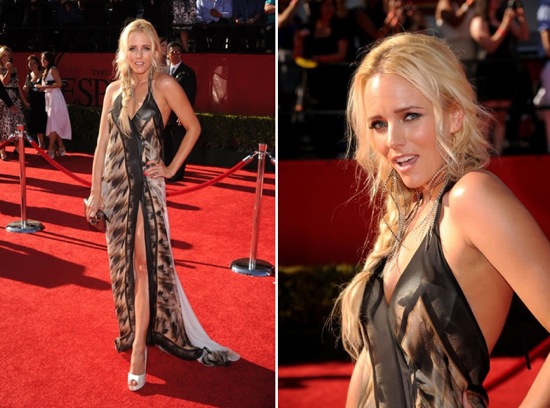 Hannah does it all. She is an actor, model, and athlete. Yes, we said athlete. She is a professional triathlete and professional surfer. In her acting career, she has worked with Matthew McConaughey. She has also been featured as a “Hometown Hottie” in Maxim magazine’s March 2006 issue. However, her biggest accomplishment was when she was mentioned in a Korked Bats’ ESPYs recap post. That’s how she initially discovered Korked Bats: