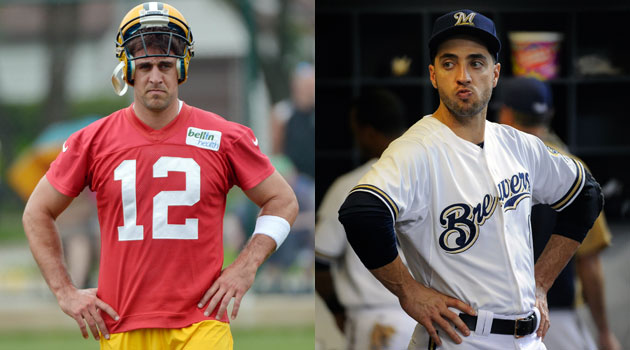 “It made me feel so bad, ya know? I mean like we were best friends and he lied to my face, and that isn’t cool.” Rodgers said today from the Bay Park Square Mall food court.

Ryan Braun, who was recently suspended by Major League Baseball for a PED violation, has also been unfriended on Facebook as well as unfollowed on Twitter by the former NFL MVP. العاب قمار بوكر

Rodgers, who co-owns 2 Wisconsin restaurants with Braun, stated that he has been dealing with the events the only way he knows how, through his love of cookie dough and the music of Taylor Swift. “I guess in the future we will see what happens, but I’m still so mad at him. لعبة القمار بوكر You don’t do that to your best friend.” Braun responded to the Aaron Rodgers news by texting out this emoticon: