After my recent Bruce Pearl Public Service Announcement some interesting information has been brought to my attention that got me thinking:

Sometimes in life, guys are jerks.

Sometimes they pick another girl to ask to the prom because she “looks better in pictures” then you do.

Sometimes they date you for a little while and decide that you are “too clingy” after they see six or seven-teen missed calls on a random Tuesday afternoon when they shouldn’t have had anything else going on anyway.

Sometimes they marry you, have two kids and a house, and then divorce you, only to find someone who is younger and has “less baggage.” And by baggage, they mean wrinkles. 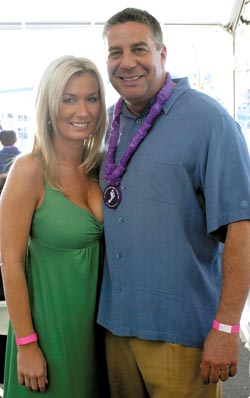 Sometimes in life you fall in love with a professional athlete or coach or actor and they fall in love with you back.  And if you are just lucky enough to be one of those girls that were liked enough to have someone put a 3.5 karat ring on it without signing a pre-nup, then go ahead and do one of those dances like they don’t allow in the endzone anymore.  If this marriage to the man of your dreams hits the metaphorical iceberg that is straight ahead you can go ahead and take your cues from my newest hero: 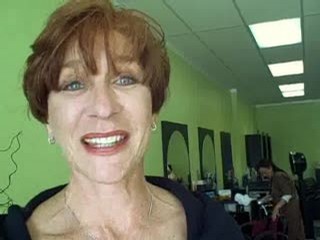 When I Google Image searched Bruce Pearl’s ex-wife, there were a LOT of pictures of Bruce with varying twenty-something-year-old blonds.  Bruce Pearl’s ex-wife was not one of them.  If my hypothetical husband was taking that many pictures with girls in their bathing suits I might be just as feisty as Kim Shrigley after a divorce.  This woman did not fade off sweetly into the sunset after their divorce while her ex-husband enjoyed dating every other blonde this side of the Mississippi. No.  She decided to have a little fun herself.

Thanks to KnoxNews.com I know that Kim Shrigley got back at her husband and all of his running around with girls young enough to still enjoy Black Eyed Peas music by opening a salon and naming it ‘Alimony’s.’  She did not mess around.  She didn’t even move to another city to open it.  She kept it close to where her ex would be coaching a basketball team for the next few years a few streets away.  Not only was she able to afford to open her own business with the money, but she continues to give a discount for anyone also receiving alimony.  What now, Bruce?  Enjoy that little reminder everyday.

No word on if she will move the salon to Bruce’s next job location… If he gets another job.

Ladies, if you are done wrong by a man, don’t just ride off quietly into the sunset.  But as we have learned from Kim Shrigley, be clever, be smart, and make sure they wish they didn’t forget you when that blonde girl batted her eyelashes at you.  Make an internet web show.  Write a book.  Heck, write a sports blog.  I’m telling you, that will get ’em.

3 thoughts on “A Woman Scorned”