Skip to content
MLB
August 5, 2008 Austin
Major League Baseball handed out two suspensions to Kansas City Royals today.
Catcher Miguel Olivo and Starting Pitcher Zack Greinke were both suspended five games for their roles in the brawl between the Chicago White Sox and the Kansas City Royals this past Sunday afternoon (August 3rd).
A few notes about the whole situation: 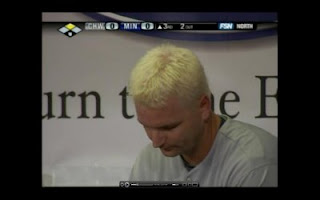 I think the Black Eyed Peas said it best when they said: “Where is the love?”

One thought on “A Royal Rumble”